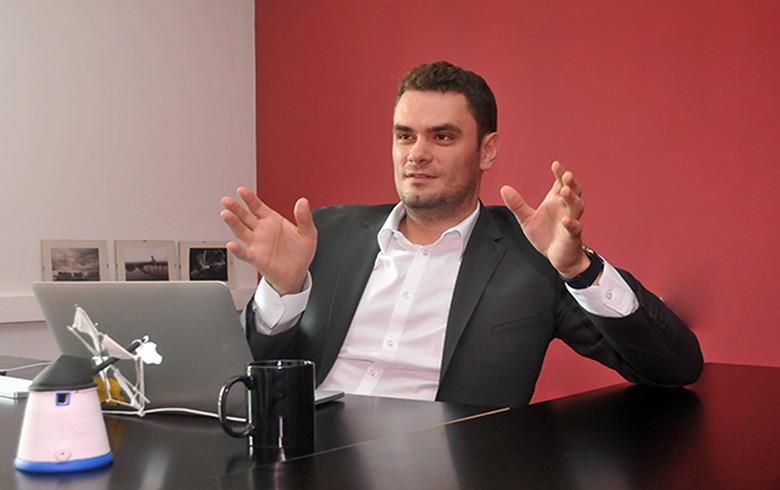 SOFIA (Bulgaria), November 18 (SeeNews) - The coronavirus pandemic offers the countries in Southeast Europe (SEE) an opportunity to speed up their economic growth if they priotitise the knowledge economy and attract global investors considering a shift of their operations closer to their European headquarters, Ilia Krustev, chairman of the managing bard of the Sofia-based Association for Innovation, Business Excellence, Services and Technology (AIBEST), told SeeNews in a recent interview.

"The extent to which we avail ourselves of this opportunity in the next year or two will be crucial with regard to how this region emerges from the crisis, how well it positions itself in respect to its global competitors and how quickly it catches up with the older members of the EU in terms of GDP levels," Krustev says in an interview for the latest edition of SEE TOP 100 published by SeeNews earlier this month.

Following is the full text of the interview:

Q: How is the knowledge economy in Southeast Europe (SEE) sailing through the crisis?

After the initial stress due to uncertainties related mainly to cash flows, R&D strategies and new projects, the companies made a smooth transition to work from home, thus avoiding interruptions in their activity. In the third quarter, their operations started to return to normal in terms of volume, revenue and new projects. The expectations are that by the fourth quarter of 2020 more new projects will be launched and more companies and investors will be looking to diversify their risk in view of global developments.

The Covid-19 outbreak was a very serious challenge for companies operating in territories lacking the infrastructure needed for a switch to work-from-home mode, like many of the countries in Asia and some countries in Europe. Some of the new projects and new investments in Bulgaria and in the whole region are related to a reformatting and a review of the way in which these companies operate globally, and a relocation of business to regions which are closer to the companies’ headquarters, both in terms of culture and infrastructure.

Q: How well positioned is the region to take advantage of such a shift?

Our region is generally well positioned, especially some of the countries when it comes to infrastructure and membership in the European Union. Considerations related to time difference and proximity to big markets come into play to our advantage. The extent to which we avail ourselves of this opportunity in the next year or two will be crucial with regard to how this region emerges from the crisis, how well it positions itself in respect to its global competitors and how quickly it catches up with the older members of the EU in terms of GDP levels.

Two of the countries in the region – Bulgaria and Romania – have established themselves over past two years as destinations where business can be done, where R&D is possible and the economy is developing rapidly. A startup scene has emerged here, funds are investing in these startups and great events are taking place that are relevant for the whole of Europe.

From a purely geographical perspective too this region is attractive as it is the gateway to both Europe and Asia. At the same time, it is farthest from the centre of Europe which makes it attractive pricewise as these countries are part of the EU, yet costs are still below the EU levels.

Q: What is holding the region back from tapping its full potential?

One such thing is education. Education is a major challenge across the region. Education here is based on good foundations as far as the local economies used to be part of the former Communist bloc, yet it has still not been fully reformed. This transition period, especially in higher education, has been taking too long. We are facing some serious issues stemming from whether we have good enough universities that can help retain young people here instead of making those young people choose to attend Western universities. For me, this is one of the key challenges in terms of how these economies can preserve their most valuable resource – the people – and how, going forward, they make investors perceive them as a place where you can do business and where you can find skilled labour, co-founders and other key players.

Another challenge across the region is the way in which the governments treat foreign investors. The sales and marketing activities of these countries are rather weak in general. Viewed from the outside, the region seems too fragmented. These small markets have two possible success strategies – either to focus on their key economic advantages and market them in an aggressive and very straightforward way, or to find a regional common ground and act as a common market that can ultimately integrate in the EU the countries of the Western Balkans. Such a common market would allow for upselling between companies, exchange of know-how between companies and educational institutions and exchange of know-how in regulations, so that if foreign investors enter one country, they would have access to the whole region. Ultimately, these economies are too small to compete with each other rather than with the global environment in which they operate.

In this situation, the markets here have the opportunity to catch up much more quickly with the bigger markets which have a set of other issues weighing on them. Depending on how governments act, they can turn this situation either to their benefit, or to their disadvantage.

If knowledge economy becomes a top priority for a state or the whole region, a lot of things can be done in respect to the regulations. These things are simple but they can have a huge impact on the markets and help attract people. Such simple things, for example, involve changes to the labour legislation in all countries, which in many respects is a heritage of the Socialist past. In one form or another, this legislation is protecting old industries so as to avoid social tension that could spill over into politics. On the other hand, we have the EU with its priorities in digitisation, the Green Deal, etc. and the regulator is caught in a situation where any movement forward, if at all, is very slow.

One simple example is the legislation regulating work from home. During the Covid outbreak a number of expatriates returned home. We have the opportunity to retain them, and one of the conditions for this is the labour legislation which should make it easy for them to be moveable and work from any place. The countries in the region are quite a nice place to live in and if we have the freedom to work from wherever we want and this is regulated in an adequate way, many digital nomads could choose to live for several years in Southeast Europe, not necessarily in Bulgaria all the time. What matters is that they have this option.

Another thing is the process of issuing work visas to people from non-EU countries. This is still a very cumbersome procedure which hinders the development of the knowledge economy in the region.

A key thing about knowledge economy is that it is not based on natural resources but on human resources. These people are super flexible, adaptive, ready to move from one place to another and you need to provide them with conditions that are as close as possible to what they expect and comparable to what they can get in other parts of the world. From this point of view, one of the key challenges in the region is whether it will be able to give rise to companies that are attractive on a global scale and have soft power. A key factor for these people who are crucial to the development of the economies is that they are increasingly interested in global issues and want to commit to a brand. This brand could be a state, or a company which is active in respect to these global issues that are usually related to human rights or environmental problems, etc. I do not think we have reached the stage where the countries in the region acknowledge the fact that the image they project and the statement they make in respect to these issues plays a very important role in what type of people they can attract and retain in their economies.