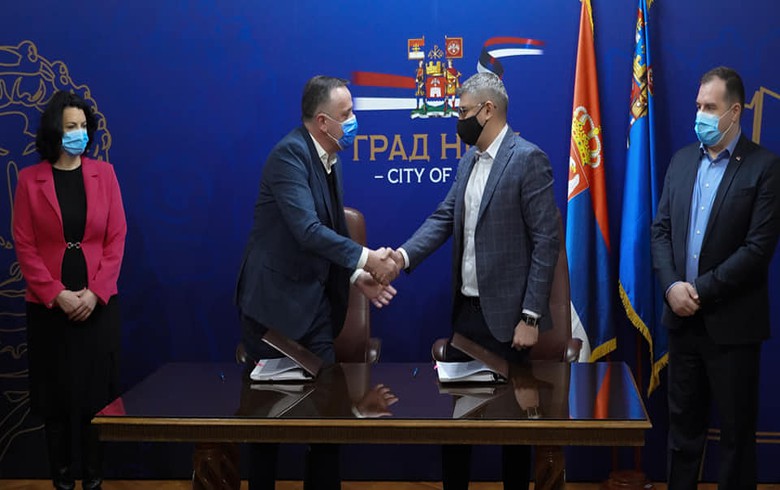 BELGRADE (Serbia), January 27 (SeeNews) - Serbia's state-owned motorway construction company Koridori Srbije and Trace Srbija, a unit of Bulgaria-based Trace Group Hold, signed a 3.2 million euro ($3.6 million) contract for the construction of 1.45 km road section which will link the eastern part of Nis to the E80 motorway, the city's government said in a statement.

The construction will start as soon as the weather allows it and will be finished in seven months at the latest, Koridori Srbije director Aleksandar Antic said in a video posted on Wednesday on the TV Zona Plus Youtube channel.

Thanks to the project, Nis will have fewer traffic jams, overall traffic safety will improve and air and noise pollution will be reduced, Antic added.

The section will ensure direct access from the motorway to the city's Niska Banja municipality, which heavily relies on tourism, Nis mayor Dragana Sotirovski noted.

The agreement includes the construction of a section between the Malca loop and the Prosek intersection, and a bridge over the Malca river, a statement issued by the Nis city government said.

Trace Srbija, a subsidiary of Trace Group Hold, is specialised in the construction of roads and road structures, gas distribution and water supply networks, waste water treatment plants and solid waste treatment installations, according to information on the Bulgarian company's website. Its activities are focused in the regions of Nis and Vranje in Serbia.