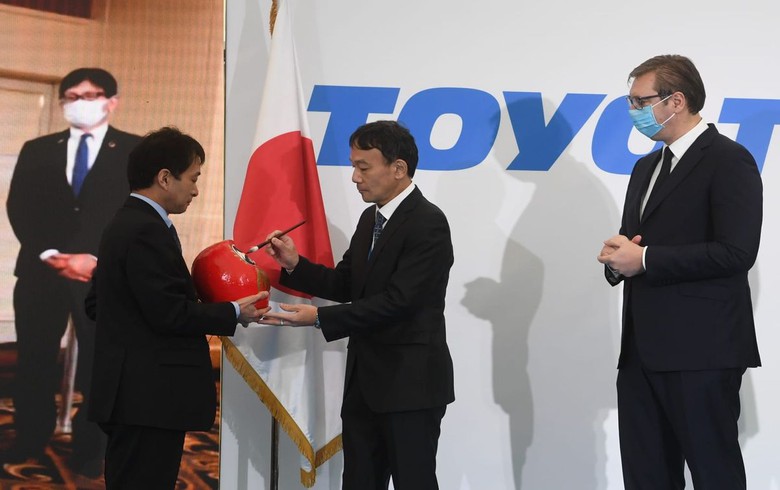 The construction of the factory, which will manufacture tyres for the markets of Europe, the Middle East, North America and Africa, will be completed in April 2022, the President and CEO of Toyo Tire, Takashi Shimizu, said during the groundbreaking ceremony, as quoted in a statement by the Serbian President's Office.

"The exports of Toyo Tire will be at the level of 240 million euro, and it will be one of the most important and most powerful exporters from the territory of Serbia," Vucic said.

Last month, Serbia's state aid commission approved the allocation of 41 million euro ($48.7 million) in government financing to Belgrade-based Toyo Tire Serbia, the fully-owned subsidiary of Toyo Tire Corporation, for the construction of the factory in Indjija.

Toyo completed earlier this year the acquisition of a 63 hectare land plot in the northeastern industrial zone of Indjija where it will build the factory with a footprint of 300,000 square metres.