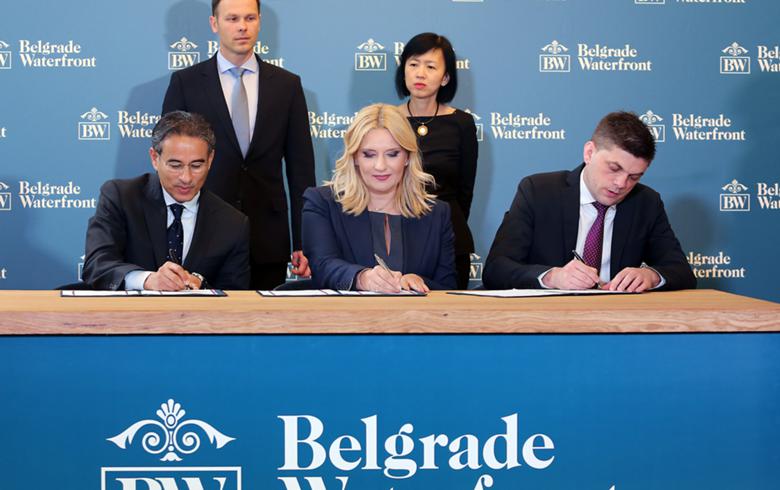 BELGRADE (Serbia), April 27 (SeeNews) - Serbia has signed a deal with a partner from the United Arab Emirates (UAE) on joint investment in the Belgrade Waterfront project for the development of around 177 ha of land on the right bank of the river Sava into a mixed-use residential, office and retail scheme, the government in Belgrade said.

The project, with an investment value seen at around 3.5 billion euro ($3.79 million), will involve the construction of over 1 million sq m of residential and 750,000 sq m of office space, among others.

The first works on the project will start during the summer and will include the construction of two residential towers, the government said in a statement issued on Sunday.

According to the signed agreement, the Serbian government will control 32% of the project while Eagle Hills will own the remainder, Belgrade mayor Sinisa Mali said in a separate statement.

The designated land plot in Belgrade will be leased for a period of 99 years, while the developer will be obliged to complete at least 50% of the project within 20 years while having a total of 30 years to wrap up the job.

A total of 300 million euro will be needed to complete the first stage of the project, which includes the construction of 300,000 sq m of retail, residential and office space.

During the first phase, which will last for four years, a tower, a shopping mall, two residential buildings, a hotel and a commercial building will be built, Mali said, adding that the profit made from the first stage will be used to further finance the project's development.

According to the signed agreement, Eagle Hills will also provide a 90 million euro loan to the Serbian government to finance the relocation of the train and bus stations, which are both located on land needed for the project.