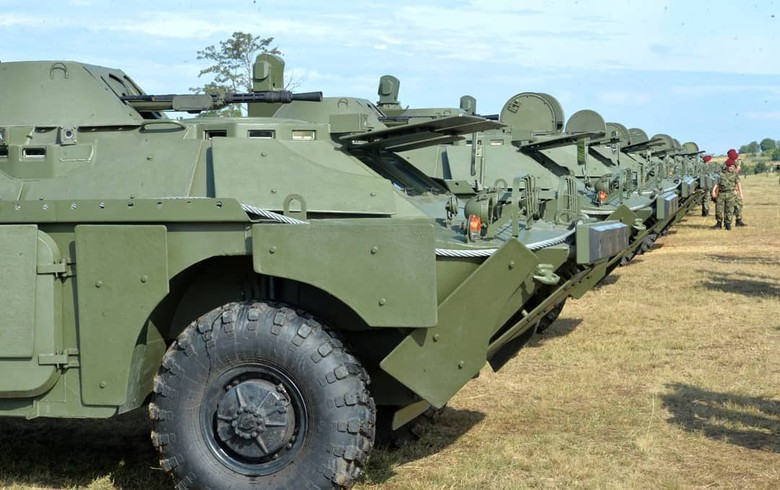 The armoured vehicles were modernised by Russia and sent to Serbia as a gift, Vucic said in a video file published by news agency Tanjug.

"We expect to receive more such donations from Russia as well as a total of seven Mi-17 and Mi-35 helicopters that have already been ordered and paid for," Vucic said.

On Friday, Russian media reported that Romania has blocked the delivery of tanks and armoured vehicles from Russia to Serbia by refusing to issue a permit for their transportation on the Danube river due to the EU sanctions on Russia.

The BRDM-2 vehicles were delivered to Serbia in accordance with the international law and the agreements signed with Russia, Vucic said.

"How and from where they came to Serbia is our business," the Serbian president