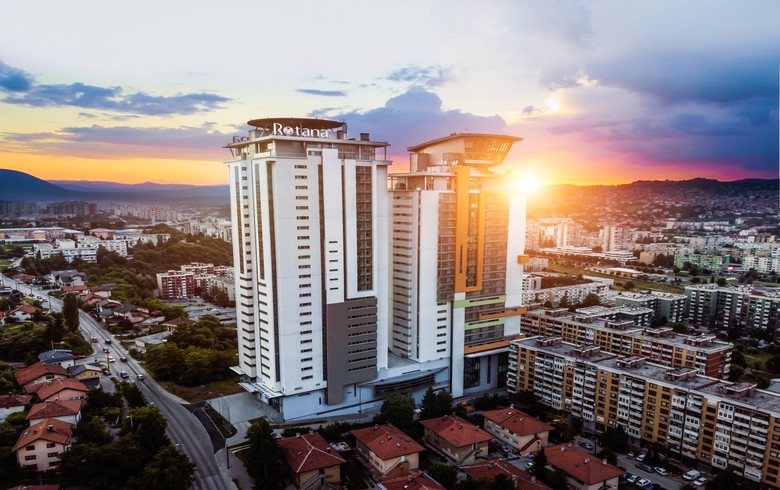 SARAJEVO (Bosnia and Herzegovina), June 25 (SeeNews) - Abu Dhabi-based hotel operator Rotana said it is going to open its first hotel in Bosnia, Bosmal Arjaan, in the capital Sarajevo, in July.

The opening of the new hotel is proceeded by extensive reconstruction work at its location - the Sarajevo Bosmal City Center, Bosmal Arjaan representatives told SeeNews in an emailed statement on Monday.

“Through the upcoming opening of Bosmal Arjaan by Rotana, we are proud to contribute to the growth of the tourism sector in Bosnia & Herzegovina, support the country’s ambitious plans to enrich the local hospitality market, and further elevate Sarajevo’s position as a promising tourism and investment destination both regionally and globally," Rotana's acting CEO Guy Hutchinson was quoted as saying in the statement.

"Owing to the growing demand for Sarajevo as an exciting tourism destination, the launch of Bosmal Arjaan by Rotana will support the hotel rooms offering in the city, and also contribute to the diversification of hotel products in Sarajevo’s hospitality sector," Hutchinson added.

Thanks to a new concept, guests at Bosmal Arjaan will enjoy a home-from-home experience.

The hotel has a diverse mix of one, two and three accommodation units, in each of its 132 fully-serviced hotel apartments, suitable for relaxation and work.

Founded in 1992, Rotana opened its first hotel in Abu Dhabi a year later. Today its portfolio consists of 112 hotels, operating in 13 countries, with 46 hotels still under development.