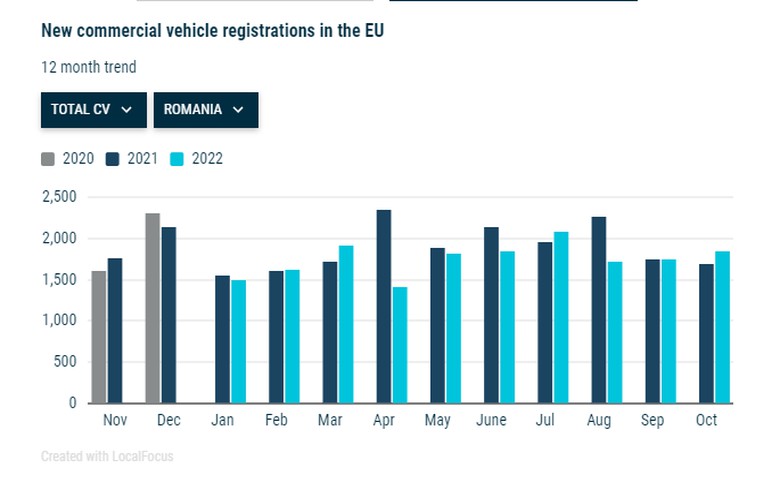 BUCHAREST (Romania), November 24 (SeeNews) - Registrations of new commercial vehicles in Romania fell by an annual 10% to 17,449 units in the first ten months of 2022, the European Automobile Manufacturers' Association, ACEA, said on Thursday.

Registrations of new light commercial vehicles of up to 3.5 tonnes fell by an annual 16.3% to 11,246 in January-October, ACEA said in a monthly statement, citing provisional data.

Medium and heavy commercial vehicles, with a weight of more than 3.5 tonnes, saw an increase of 3.4% on the year in registrations, reaching 5,527 units during January-October.

Registrations of medium and heavy buses grew 13.8% during the ten-month period, reaching 676 units.

New commercial vehicle registrations in the EU, excluding Malta, fell by 16.8% year-on-year to 1,316,863 in the first ten months of this year.