You have 5 free articles left this month. Get your free Basic subscription now and gain instant access to more.
Moldova Banking

Moldova should build on reform momentum in banking sector - EBRD 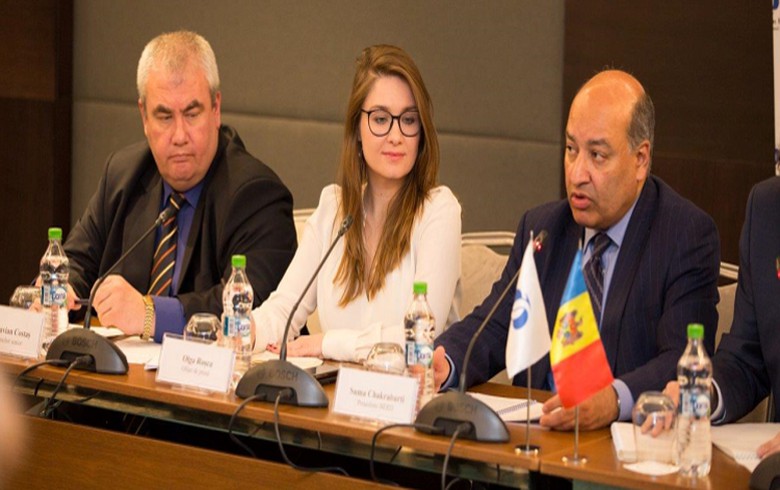 CHISINAU (Moldova), February 15 (SeeNews) - The European Bank for Reconstruction and Development (EBRD) said the Moldovan authorities have the opportunity to take decisive steps to reform the country's banking sector following a recent breakthrough.

"We are pleased that the National Bank of Moldova is successfully tackling vulnerabilities in the banking sector,” EBRD president Suma Chakrabarti said on Wednesday during a visit in capital Chisinau, as quoted in a statement by the lender.

"This has enabled the EBRD to encourage Banca Transilvania to become a majority shareholder in Victoriabank," he added.

On Wednesday, Banca Transilvania said it is launching the mandatory public tender offer for the minority stake it does not already own in Victoriabank. Following the investment, the EBRD and the Romanian lender now jointly hold a controlling stake of 66.7% in Victoriabank, Moldova’s third-largest lender.

Moldova was confronted in 2014 with a major banking crisis, when about $1 billion (810 million euro) went missing from three of the country's private banks. The banks - Banca de Economii, Banca Sociala and Unibank - collapsed and were liquidated.

The country’s two largest banks, Moldova Agroindbank and Moldinconbank, representing more than half of the country’s banking sector, are currently under the special management of the National Bank of Moldova.

Chakrabarti urged the central bank of Moldova to maintain close scrutiny and strict transparency rules, as non-transparent shareholders still present in the ownership structure of the largest banks must be replaced with fit and proper investors.

The EBRD will now be able to expand its lending programme for small and medium-sized enterprises and energy efficiency in Moldova as an increased number of lenders comply with standards of transparency and good governance. However, the restructuring of the banking sector has to be completed, the EBRD president said.

In 2017, the EBRD’s annual investment in Moldova hit an all-time record of 130 million euro provided to support the private sector and develop infrastructure.

"As we expect the economy to grow 3.5% in 2018, it is paramount to keep reforms on track," the EBRD president concluded.

The EBRD is the largest institutional investor in Moldova. Since the start of its operations there, the Bank has invested over 1.2 billion euro in almost 120 projects. In Moldova its work focuses on restructuring the banking sector, enhancing energy security, supporting private firms and promoting more efficient public utilities and better infrastructure.

On Wednesday, EBRD appointed Angela Sax the new head of office for its operations in Moldova.

Sax will take up her new post in April, when she will replace Dimitri Gvindadze, who is now the head of the EBRD office in Armenia.

Victoriabank SA is among the biggest banks in SEE, for more reference take a look at Top 100 banks