You have 5 free articles left this month. Get your free Basic subscription now and gain instant access to more.
Bulgaria Hotels/Restaurants 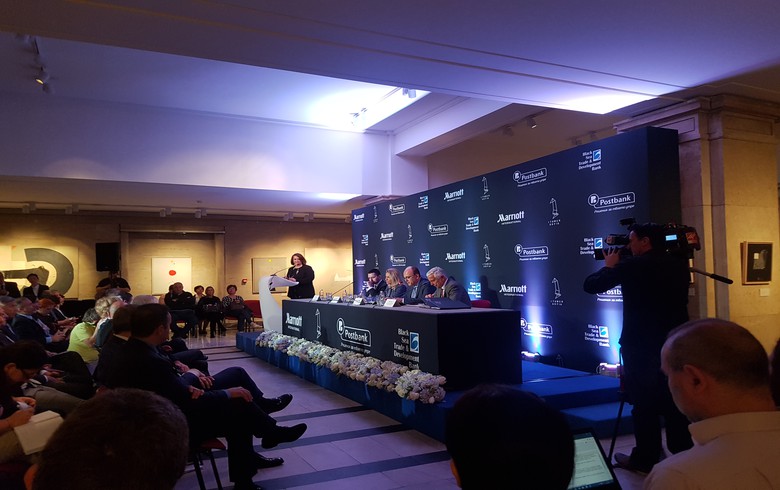 "Our strategy typically in a country is to start with the capital, with the Marriott brand, which is our core brand," Marriott's International hotel development director, Paul Rosenberg, told SeeNews following the signing of a loan agreement for financing the construction of the first Marriott hotel in Bulgaria, in the capital Sofia, on Monday.

"I think the presence in that location helps us to then support other locations in the country, so today absolutely we'd be happy to look into opportunities in Plovdiv, on the seaside - in Varna, Bansko - in the mountains," Rosenberg added.

At the loan signing ceremony, the Black Sea Trade and Development Bank (BSTDB) and Bulgaria's Postbank said that they will jointly provide a 58.3 million euro ($72.3 million) loan to project company I Tower Development for the construction of the first Marriott hotel in the country.

Sofia is one of the last European capitals where the Marriott brand is not present, Rosenberg said.

Marriott International has been involved in the project for about two years after searching for a partner in Sofia for many years before that, Rosenberg noted.

"About the project - I think the location is right, its a beautiful tower with mixed use - a premium hotel, spectacular outlets, a large gym and spa. But above all of these components of the project, I think what was really important for us, and that made it key for us to enter the contract, was the partnership with Vittorio Gori. We've learned over the years that what makes a project successful is the people that you do the project with," he added.

The Marriott hotel in Sofia will have 232 rooms. Its construction is expected to be completed in 2020.

In addition to the first Marriott hotel in Sofia, I Tower Development's project will include five restaurants, boutique retail and high end residential units. The project will create more than 250 jobs when completed.

"On the design side, it's going to be a really spectacular hotel. We expect to see something really new in the city of Sofia," Rosenberg said. "It's our first project with the BSTDB and Postbank - it's always great to have financing partners involved in the project, which are confident to support us."

BSTDB, which acted as arranger of the deal, will provide 32 million euro, while Postbank will come up with the remaining 26.3 million euro. The term of the loan will be 12 years.

In addition to exploring opportunities for new hotels in Plovdiv, Varna and Bansko, Marriott will also consider introducing some of its other hotel brands in Sofia.

"Obviously we need to make sure that the business does not impact our existing hotels in the area but we believe we have enough brands that are on different levels, it gives us economies of scale when there is an opportunity on the market, especially when we see tourist numbers rising," Rosenberg said.

After Marriott acquired Starwood Hotels and Resorts Worldwide in 2016, it became the biggest hotel company in the world, offering 23 brands in Europe - from economy to luxury style, Rosenberg said.

A new Marriott hotel is expected to open doors next month in Greece's capital.

"In the region we've been quite busy these past few years and for example next month we have Marriott opening in Athens, which is the conversion of an existing hotel and we're very happy about that," Rosenberg said.