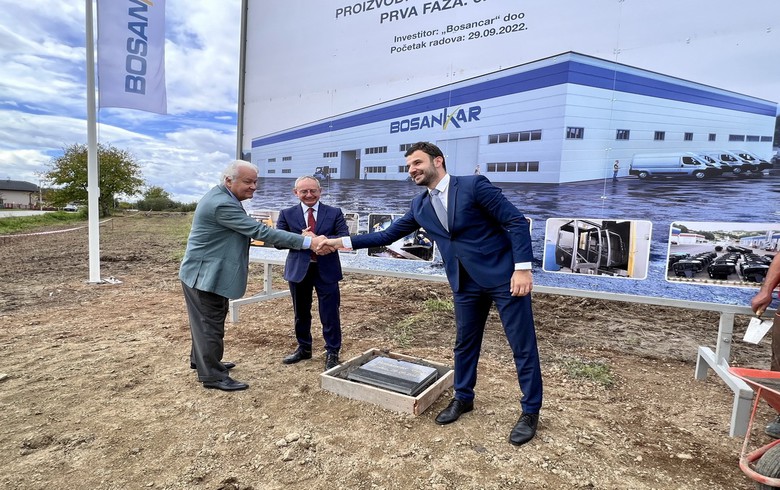 Start of construction of Bosankar factory in Prijedor

SARAJEVO (Bosnia and Herzegovina), September 30 (SeeNews) - Bosnia-based Bosancar, a manufacturer of cabins, bodyworks and metal components for industrial, off road, rail and agricultural machines, started the construction of a 5 million euro ($4.9 million) railcar production plant in the city of Prijedor, the city said.

The 6,400 sq m factory, which will initially employ 50 people, is expected to be completed in 60 days, the city said in a statement on Thursday.

The new plant is expected to employ 300 people within up to five years, according to an earlier statement by the city.