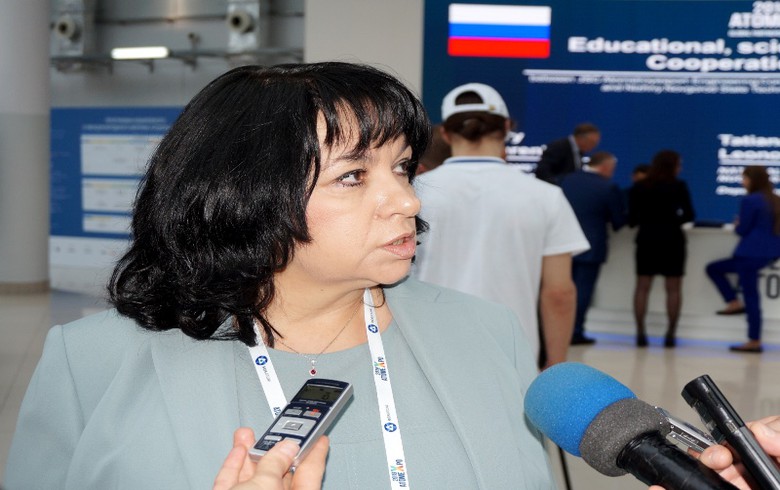 SOFIA (Bulgaria), June 7 (SeeNews) - French energy group Areva is interested in the project for the construction of Belene nuclear power plant in Bulgaria, energy minister Temenuzhka Petkova said on Thursday, shortly after the parliament in Sofia moved to revive the abandoned project.

"Bulgaria's energy ministry has an official letter from Areva, in which the company says it is interested in participating in the Belene NPP project and has the support of the French government," Petkova said in an interview aired live by Bulgarian public television BNT.

Areva participated in the project for the construction of a 2,000 MW nuclear power plant in Belene as a sub-contractor of Russia's Atomstroyexport for the delivery of equipment before the Bulgarian government cancelled the project in 2012 due to disagreement over its estimated cost and failure to attract a strategic investor.

The Bulgarian government recently received a letter of interest in the project by another company and its name will be announced soon, while China National Nuclear Corporation (CNNC) and Russia's Rosatom are also interested, Petkova added.

An open discussion with the potential investors will give answers concerning the details of the project, Petkova said.

The construction of Belene NPP is expected to be completed by January 1, 2026, BNT quoted Petkova as saying earlier on Thursday after parliament mandated the energy minister to seek potential strategic investors willing to build Bulgaria's second nuclear power plant - a project frozen since 2012 which the government wants to revive. The parliament authorised the energy minister to draft a procedure for selection of a strategic investor and propose options for the project's structure by October 31, the parliament said in a press release.

In 2008, Bulgaria hired Atomstroyexport, a subsidiary of Rosatom, to build Belene NPP, reviving a project that had been mothballed for nearly two decades. After the project made scant headway, Sofia finally abandoned it with a parliament decision in February 2013.

In December 2016, Bulgaria paid 601.6 million euro ($711.6 million) as compensation to Atomstroyexport for the equipment already manufactured by the Russian company for the abandoned project. The equipment is now stored at the site designated for the construction of the power plant.