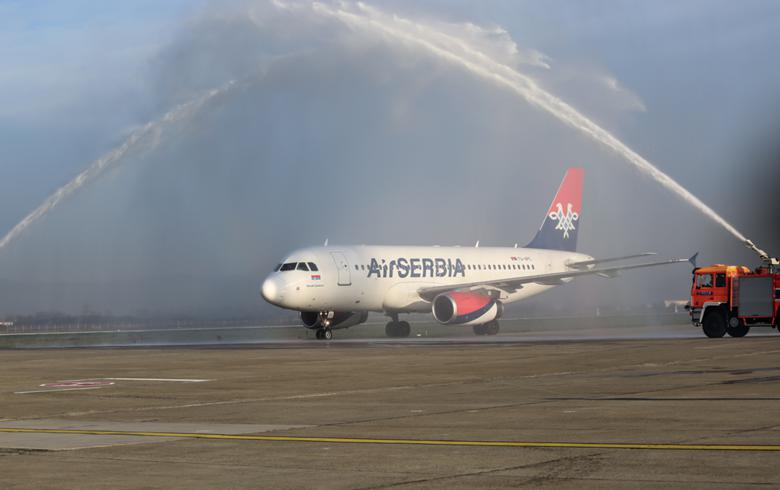 Air Serbia's management has received from Etihad, which controls a 49% stake in the company, a list of measures that need to be implemented to reduce costs, daily Politika said quoting sources from the Serbian flag carrier.

The flag carrier is also considering an unpaid leave for part of its flight crew members, Politika added.

Last month, the president of the supervisory board of Air Serbia, Sinisa Mali, said the company plans to dismiss around 30 employees under a cost reduction plan.

The introduction of innovations, charter flights during the summer season, the Airbus A330 wide-body twin-engine jet and the Sabre system can also be a reason for a staff downsizing, the sources said.

Air Serbia said in April, it has completed the migration to a passenger reservations system supplied by US technology provider Sabre Corporation, adding new services that allow travellers to personalise their journey by selecting a preferred seat, purchasing additional luggage before their flight, using mobile boarding passes and purchasing a pass to the Air Serbia Premium Lounge.

"It is true that Air Serbia is considering a number of changes that are aimed at achieving a more provident business operation, more cost savings and increase in profitability," Politika quoted the sources as saying.

In May, CEO Dane Kondic said the company has decided to suspend its Belgrade-Abu Dhabi flight in the autumn after an extensive review of its five-year business plan.

The restructuring process at Etihad started after the dismissal of former CEO James Hogan in January due to the poor financial results of European subsidiaries Alitalia and Air Berlin, which filed for insolvency earlier this year.