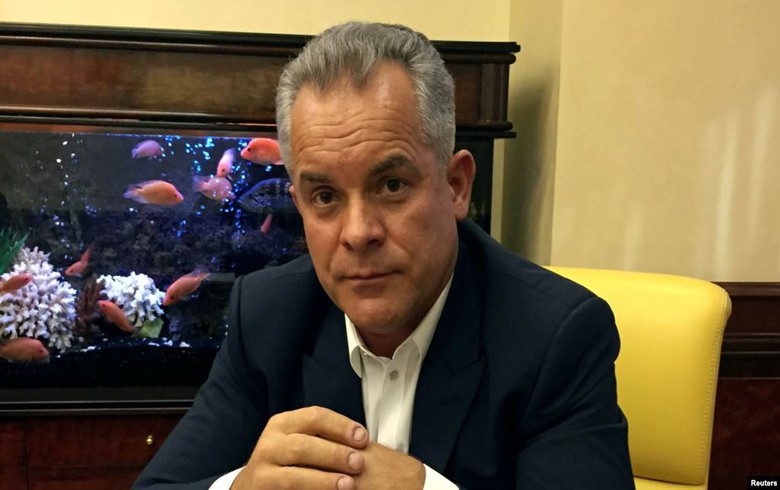 CHISINAU (Moldova), January 14 (SeeNews) - Vlad Plahotniuc, the fugitive ex-leader of Moldova's former governing Democrat Party (PDM) and his family were prohibited from entering the United States due to his 'involvement in significant corruption', the State Department said.

"Today, I am designating former Moldovan official and oligarch Vladimir Plahotniuc due to his involvement in significant corruption. In his official capacity, Plahotniuc was involved in corrupt acts that undermined the rule of law and severely compromised the independence of democratic institutions in Moldova," US Secretary of State Mike Pompeo said in a  press release on Monday.

The interdiction also applies to Plahotniuc's immediate family members, namely his wife, Oxana Childescu; his son, Timofei Plahotniuc; and his other minor child.

"Today’s action sends a strong signal the United States does not tolerate corruption and stands with the people of Moldova in their fight against it. The Department will continue to use these authorities to promote accountability for corrupt actors in this region and globally," the State Department said

Plahotniuc is facing charges for his involvement in a money laundering case, Moldova’s anti-corruption prosecutors said last year. The case is related to a massive fraud discovered in 2014, when about $1 billion (899 million euro) went missing from three of the country's private banks.The banks - Banca de Economii, Banca Sociala and Unibank - collapsed and were liquidated.

In November, the coalition collapsed in a no-confidence vote and a new technocrat government backed in parliament by PDM and PSRM was put into office.

In September, the State Department said that Liviu Dragnea, the jailed ex-leader of Romania's then governing Social Democrat Party (PSD), and his two children were prohibited from entering the United States after his conviction on corruption charges was upheld.