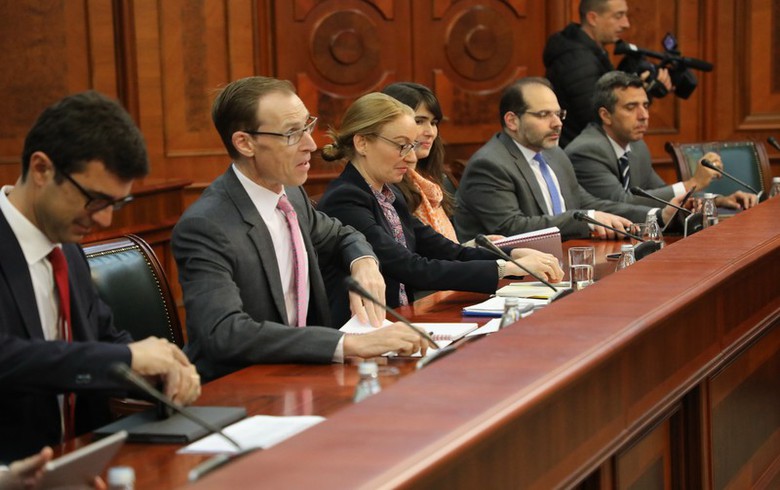 BELGRADE (Serbia), May 22 (SeeNews) - Serbia's strong wage growth will support consumption, but domestic demand could be lower if the expected investments are not realised, the head of the International Monetary Fund (IMF) mission to the country, Jan Kees Martijn, said.

Serbia's economic growth is strong and is expected to be backed by a rise in consumption, Martijn said on Tuesday, according to a statement by the finance ministry.

The full implementation of the wage system reform and the reintroduction of pension indexation could be important tools that will support fiscal discipline, Martijn said upon the completion of a visit by an IMF team for a second review under the fund's Policy Coordination Instrument (PCI) with the country.

The introduction of a pension indexation formula is among the new fiscal rules on which Serbia works with the IMF, in order to create systemic solutions that would guarantee the stability of Serbia's public finances over a longer period of time, Serbian finance minister Sinisa Mali said, as quoted in the same statement. "We are currently closest to the so-called "Swiss model", which implies that pensions are adjusted to the inflation and salaries in the private sector, at a ratio of 50:50."

Serbia's economic growth in 2019 is projected at 3.5%, with a pick-up in growth expected during the second half of the year due to strong foreign direct investment (FDI), continued public investment, and assumed recovery in trading partner countries. Inflation will move within the lower half of the inflation target band, while the current account deficit as a share of gross domestic product (GDP) is expected to widen modestly and remain fully covered by FDI, the IMF said in a concluding statement of the mission.

In July 2018, the IMF said it approved a 30-month PCI for Serbia, following the successful completion of a three-year stand-by agreement. The PCI is a non-financial arrangement focused on implementing structural reforms, including a tax administration reform aimed at raising the efficiency of revenue collection and improving the business climate.