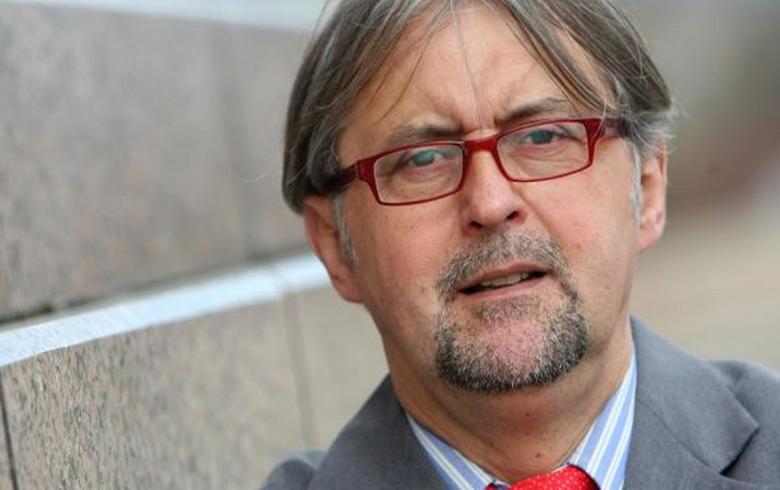 ZAGREB (Croatia), September 13 (SeeNews) - The outcome of Croatia's snap election, in which conservative HDZ party defeated its Social Democratic rival by a large margin, surprised many in the country who had forecast a tighter race, a Zagreb-based analyst said on Tuesday.

The real winner of Sunday's vote was current HDZ leader Andrej Plenkovic who, in a very short period of time, has transformed the party and freed it from corruption which had settled during the reign of former head Tomislav Karamarko, Andjelko Milardovic, director of the Croatian Institute for European and Globalization Studies, told SeeNews in an interview.

When Plenkovic took over the reins, HDZ was coming out of a failed coalition with its junior government partner, centre-right MOST, while Karamarko was being accused of corporate interests.

A coalition around the Social Democratic Party, SDP, which had been expected to capitalise on HDZ's woes, however emerged as the biggest loser of the snap vote which, on behalf of the opposition, it demanded a few months back, Milardovic said.

"We all expected HDZ to have a difficult recovery following the crisis within the party and the corruption affair. However, that's when Plenkovic emerged. The guy from Brussels, as I like to refer to him, took over the helm of the party and performed a miracle. In a short time he managed to not only reform the party but achieve a result", the analyst explained.

HDZ won 61 of the 151 seats in Croatia's parliament on Sunday, while SDP garnered 54. Prior to becoming chief of HDZ, Plenkovic was one of 11 Croatian members of the European Parliament.

SDP's coalition may also have been pushed towards doom by its leader Zoran Milanovic, who recently blemished his image of a left-centre politician by making derogatory comments about Bosnia, Serbia and the two countries' politicians.

In a recording of a meeting with war veterans, which recently went viral across the region, Milanovic called Serbia a "handful of miserable people" and said that Bosnia is a failed state without order.

Milardovic believes that the comments had cost SDP dearly; however, there were other elements at play, he explained.

"Of course, voters were influenced by Milanovic's words. However, that’s not all. The entire make-up of the coalition, starting from the name People's Coalition, is not appropriate for a leftist party", Milardovic said.

He believes that Milanovic had decided to move towards centre-right politics, while Plenkovic went towards the left.

"Milanovic tried to reap the fruits planted by HDZ. He tried to enter their playing field and to pander to the populist right wing, thinking he could steal HDZ's votes. This then led to the powerful rhetoric in relation to Bosnia and Herzegovina, and Serbia", Milardovic said.

In terms of relations in the region following Milanovic's escapade, Milardovic noted that Serbia was pleased to see Plenkovic win, because the governing Serbian Progressive Party (SPP) aims to join the European People's Party and needs Croatia's vote. Plenkovic, Milardovic believes, will back SPP's request, which may cause a backlash at home.

Milardovic said that when it comes to forming Croatia's new government, the likeliest union is a coalition of HDZ, MOST with 13 seats, the party of Zagreb mayor Milan Bandic's with two seats, as well as a portion of the eight MPs representing national minorities.

However, he noted, going into a government coalition with MOST is difficult and unpredictable.

"HDZ may also take someone from Living Wall, which has eight mandates. They have announced that they won’t participate in the government, but they are a very heterogeneous group. They have started breaking at the seams so, perhaps, HDZ will knock the wall down", he said.

MOST leader Bozo Petrov is difficult to sway, Milardovic noted, and called him the Sigmund Freud of Neretva, referring to Petrov’s Bosnian roots.

"In the first stage of an election, Bozo considers whether to join a coalition. In the second stage, Bozo enters a coalition, but in the third stage Bozo is looking to leave the coalition to instigate new elections. It will be difficult to negotiate with him, he is a difficult negotiator", Milardovic explained.

Milardovic believes that Plenkovic will not be as compliant to Petrov’s wishes as Karamarko was following the November elections. Last year, one of MOST’s demands was to have a non-partisan government which led to the appointment of businessman Tihomir Oreskovic as prime minister. However, this time around, Plenkovic has already said that he will be the new prime minister.

"It is possible that MOST will demand Oreskovic be reinstated as prime minister", Milardovic said.

Milardovic, however, also noted that, despite some questionable moves, MOST is a breath of fresh air in a country ruled by an oligarchy for the past 25 years. Milardovic explained that Croatian society is currently entrapped by a minority, while MOST and the centrist Living Wall add a sort of correctivity to politics.

There are three models to society, he explained. SDP and HDZ represent the first, the status quo model, meaning that neither is looking to launch serious structural reforms.

"This system is implemented by the election model instated in Croatia. The international community and the banking sector find this model useful... However, this model is untenable. It has given birth to a political, a financial and a demographic crisis", he said.

MOST and the Living Wall represent the second model which signifies structural reforms, while the third model is portrayed by Split-based leftist newcomer Pametno and embodies the ideals of the 21st century - education, information and the like, Milardovic said.

"We are still caught between the first and the second system", he said, adding that he had hoped that Pametno would win a few seats in parliament, but Croatia is obviously still not ready for real change.

In last year's parliamentary elections, SDP and HDZ secured 56 and 59 seats, respectively, while MOST won 19.

Following consultations with Croatia's largest political forces, MOST formed a government with the HDZ-led Patriotic Coalition and appointed businessman Tihomir Oreskovic as prime minister. However, the government crumbled in June when Oreskovic lost a no-confidence vote in parliament.

The parliamentary parties were given 30 days to gather a new majority, but deteriorating relations between MOST and HDZ led to the dissolution of parliament in July, paving the way for early elections.

Voter turnout was 52.59% on Sunday, some 10% less than in the previous vote in November.