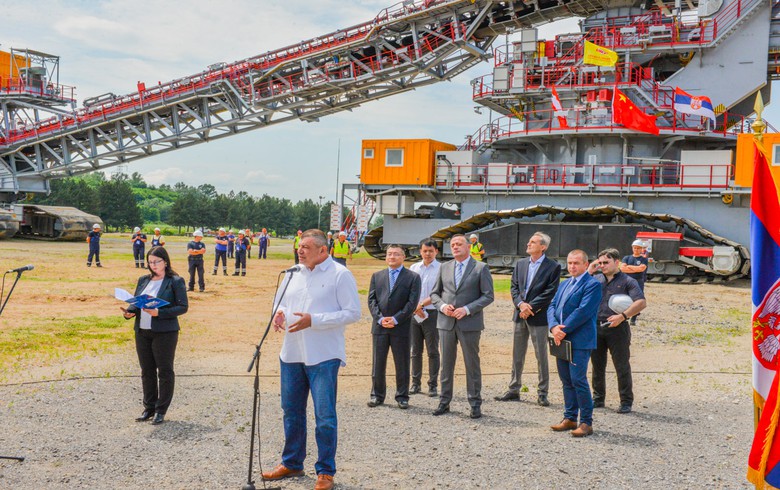 EPS invested $97.6 million (87.2 million euro) in the system, which represents the sixth ECS facility in Drmno mining basin and was delivered by China Machinery Engineering Corporation (CMEC), the Serbian company said in a statement on Tuesday.

The installation of the ECS system is part of a project for modernisation of Kostolac B coal-fired power plant, the managing director of EPS, Milorad Grcic, said during the official launch ceremony.

"The new system will increase coal production from nine to 12 million tonnes a year in Kostolac, and in Kolubara we plan to acquire two completely new systems. The beginning of operation of the ECS, 135 meters in length and weighing about 1,500 tonnes, is a further step towards the start of the new unit Kostolac B3," Grcic said.

The total investment in the modernisation of Kostolac B will stand at $715.6 million. Most of the investment, $608 million, will be funded through a loan extended by China's Exim bank.