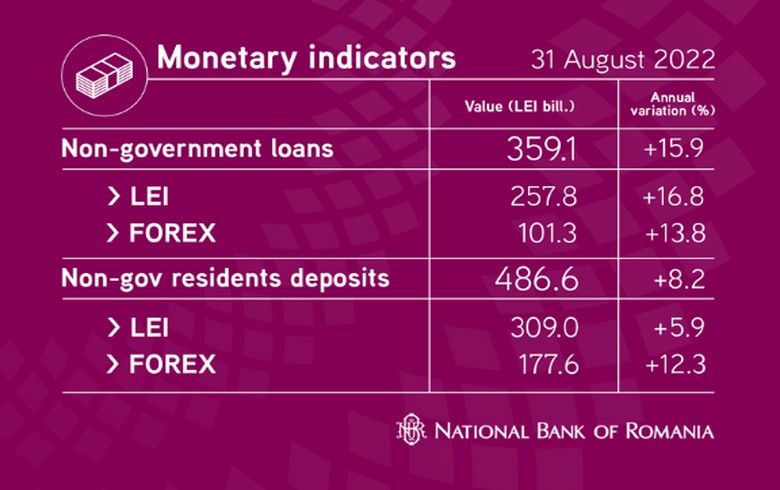 Private lending increased 16.8% on the year to 258 billion lei in August, after growing 18% in July, BNR said in a statement.