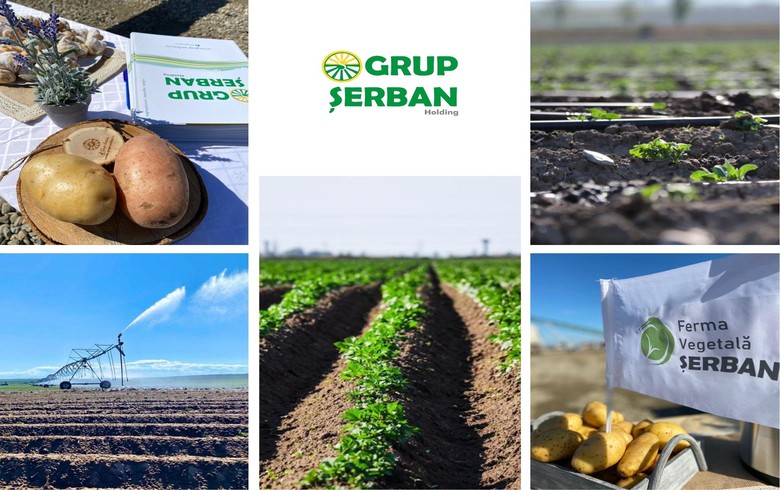 Grup Serban Holding booked 54.2 million lei in EBITDA (Earnings Before Interest, Taxes, Depreciation and Amortisation) in 2021, up 3% on the year, it said in a press release.

The group’s vegetable trade and production business line generated registered a turnover of 397 million lei in 2021, up by an annual 79% and an EBITDA of 37 million lei. The key contributors to the income of this business line were oilseeds, high oleic sunflower, as well as sustainable rapeseed.

The poultry business line registered an EBITDA of 37 million lei in 2021, as well as a turnover of 63.7 million lei, a 27% increase on the year.

For the rest of the agricultural year of 2021-2022, the company aims to continue its conversion of a roughly 7,000 hectare area into a no-till system, thus increasing large crop areas. This is expected to reduce operating costs, increase operating income, as well as impact EBITDA growth positively.

The company will also continue the implementation of its 400kWh photovoltaic power plant at its poultry farms, which is expected to cover 21% of the electricity needed by these facilities.

The Group will also start a 4 million euro ($4.29 million) investment meant to double the capacity for vegetable storage, processing, and conditioning. The investment had initially been announced in May, for a total expected sum of 3 million euro.

Founded in 1994, Grup Serban Holding is active in agriculture, cereals trading, oil plants and vegetables, poultry farming, bakery, catering, as well as distribution and transport. At the end of 2021, the group raised 12.7 million lei in a private placement of its shares.

In February, the group signed a contract with PepsiCo for the delivery of potatoes for Lay’s chips.

Its shares traded flat at 2.03 lei/share at 11:38 CET on Thursday, on the Bucharest Stock Exchange.