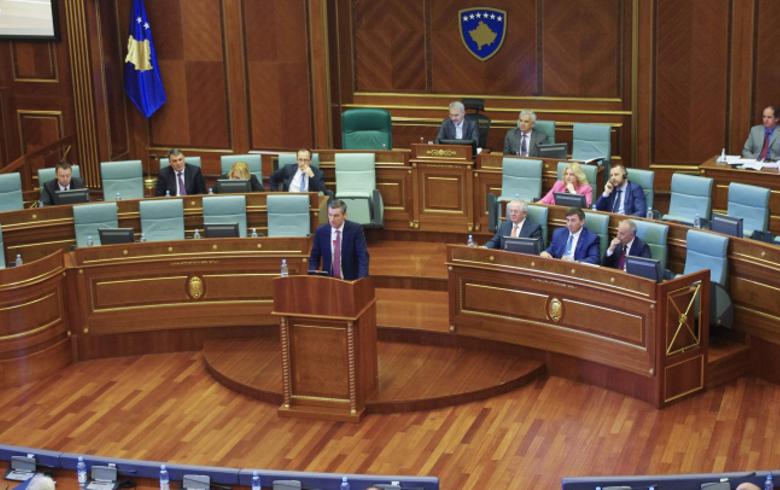 PRISTINA (Kosovo), June 30 (SeeNews) - Support which Kosovo's alliance of former war leaders is likely to get from president Hashim Thaci may offset its lower than expected result in the June 11 snap vote, a political analyst told SeeNews.

Even if the candidate for prime minister from PDK-AAK-Nisma alliance, Ramush Haradinaj, fails to form a government, Thaci is likely to decide to give a mandate to another candidate from the same alliance and not to the Self-Determination party (VV), which came second in the election, Anton Panchev, professor at Sofia University told SeeNews earlier this week.

The alliance's opponents may refer such a decision to the Constitutional Court and this could delay the government formation by several months, Panchev added.

In the June 11 early election, the PDK-AAK-Nisma alliance won 33.74% of the votes, according to final results from the Central Election Commission. The nationalist Self-Determination (VV) party came in second with 27.49% of the votes, whereas the three-party alliance led by Democratic League of Kosovo (LDK) followed with 25.53%. An ethnic Serb party, Serb List, came in fourth with 6.12% of the votes.

PDK-AAK-Nisma will control 39 out of 120 seats in parliament, VV will hold 32 seats, LDK-AKR-Alternativa will have 29 MPs and Serb List will be represented by nine deputies.

Both VV and LDK have declared they would not take part in a coalition government with PDK, and thus the winner remains with just a few options.

Panchev expects that the PDK-AAK-Nisma alliance will try to form a coalition government with the Serb List and other minority representatives, seeking support from MPs from the smaller parties in the LDK-led alliance. Such a government would be weak and  highly dependent on Belgrade, according to Panchev.

However, if VV gets a mandate to form the government, it is likely to form a coalition with the alliance led by LDK, Panchev commented. In that case, it is not clear who would be named prime minister - incumbent finance minister Avdullah Hot, or the informal leader of VV, Albin Kurti. Albin Kurti's aspirations to unite Kosovo with Albania, are absolutely unacceptable for the EU and the USA, and this would pose new problems before the tiny country.

Other options would entail a breakup of the PDK-led alliance and the emergence of a coalition between Haradinaj's AAK, Nisma and LDK or VV.

The early parliamentary elections were called in May, after Isa Mustafa's coalition government of PDK and LDK lost a no-confidence vote in parliament sought by the opposition and backed by PDK.

Kosovo declared independence from Serbia unilaterally in 2008, following an armed conflict between Serbian forces and the KLA in 1998-1999. Kosovo's independence is recognised by 115 countries, excluding Serbia and its ally Russia.