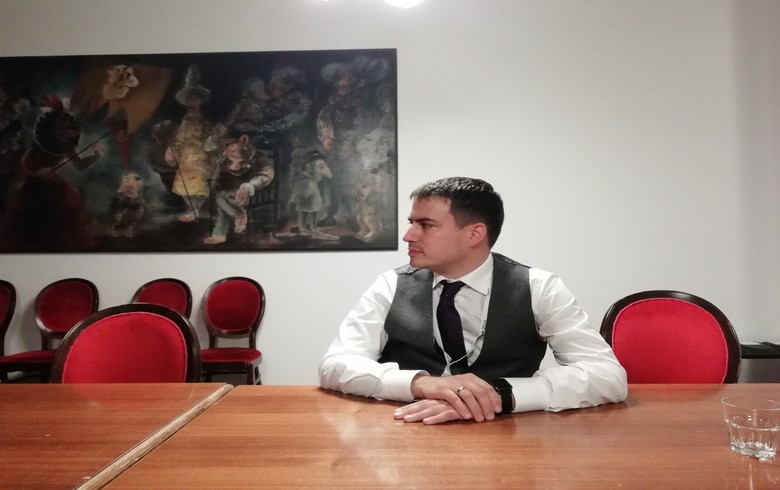 LJUBLJANA (Slovenia), November 29 (SeeNews) - Blinking, a Serbian provider of a blockchain-based digital ID solution, is planning to set foot across Southeast Europe as the first step in its expansion on the wider European and global markets, its co-founder and COO Milos Milovanovic said.

"One of the next markets that we are going to target are the countries in this region. The reason for this is it is rather close to us and we can practically expand there with little or no cost, and we have good partners that could be able to help us, like system integrators," Milovanovic told SeeNews in a recent interview.

"There are a lot of similarities [with the Serbian market] and possibilities for us to spread to the European market through Southeast Europe (SEE)," he added. "The idea is that we become a provider according to the eIDAS platform [standards]."

eIDAS is an EU regulation on electronic identification and trust services for electronic transactions in the EU's internal market, which entered into force in September 2014. eIDAS regulates electronic signatures, electronic transactions, involved bodies, and their embedding processes to provide a safe way for users to conduct business online like electronic funds transfer or transactions with public services. Instead of relying on traditional methods, such as mail or facsimile, or appearing in person to submit paper-based documents, the parties to a transaction via eIDAS may perform transactions across borders, like "1-Click" technology.

"We already had meetings with some of the clients across industries in the SEE region to try to establish a model that is similar to the one in Serbia," Milovanovic said.

Blinking is currently piloting its service with five Serbian banks, with two lenders already running it. The company is also present in Dubai, where it is helping the government establish this digital identity model to be issued in the process of granting digital visas.

"We target global exposure," Milovanovic said. He, however, added that as the company currently has a staff of less than 30 people, it is trying to focus on specific markets where it could benefit most.

Blinking's blockchain-based solution gives users control over their data, using Hyperledger Fabric on the IBM Cloud. Individuals create their own digital identity with a Blinking ID and then authenticate themselves using a variety of techniques including password, facial recognition and fingerprint scanning. With the service, individuals can authorise or revoke access to third-parties each time they are required to verify their identity.

Like elsewhere, people in Serbia are just starting to grasp on the actual possibilities of the blockchain technology, Milovanovic said.

The recent hype in the technology market regarding blockchain created false conceptions, as many people were only seeking quick return on their market, rather than trying to see the opportunities that the technology offers to solve problems, he explained.

"At least 90% of these projects failed because the company that gets a lot of money early on acts as a child who is given money when it is not mature enough to handle this money."

The solution provided by Blinking can help different financial institutions open their doors to new customers and offer new services, Milovanovic said. The general goal of systems such as Blinking is to provide people with as much exposure to different online services as possible and in order to do that there need to be a lot of participants in this blockchain network.

For his own company, Milovanovic sees untapped potential for partnerships in the telecommunications industry, especially virtual telecom operators offering services fully online who need to find a way to verify their clients' identity.

Blinking has also attracted the interest of other companies in Serbia. For example, due to the local legislation which requires the postal service to have a certain number of offices across the country, the post offices offer a wide network from which the financial sector could benefit. If these people get onboarded at the post offices, they can open a bank account or take a student loan using the Blinking technology, Milovanovic explained.

This means that businesses need to cooperate with other businesses, rather than view them as rivals, and this is something they are not used to doing, he noted.

In Milovanovic's words, even though the adoption of blockchain in Serbia has still a long way to go, companies are gradually embracing the new technology.

He gave as an example the partnerships that local startups are forming with global tech giant IBM.

IBM said earlier this month that several startups in SEE have turned to the IBM Cloud for AI, blockchain and Internet of Things technologies. These include Blinking, Slovenian developer and manufacturer of in-wheel electric propulsion systems Elaphe, and Croatia's Careesma, which has built a virtual assistant.