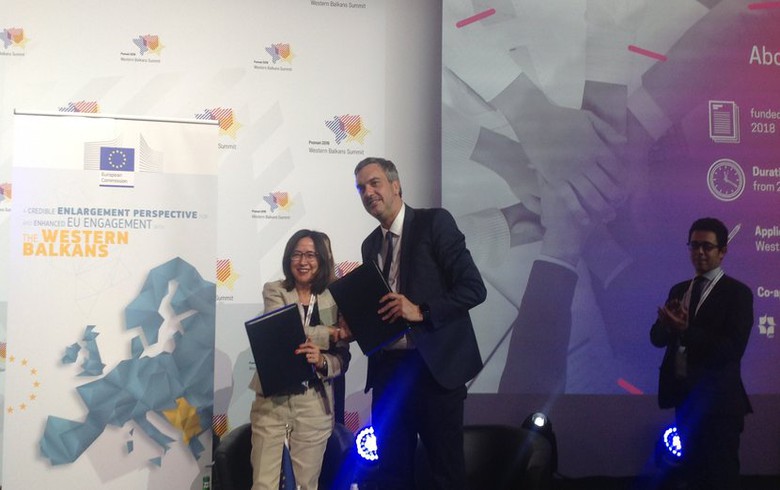 The project will enable more than 1,200 SMEs from all six Western Balkan economies to receive concrete support from WB6 CIF over the next three years, in order to improve production and export capacities, become suppliers of multinational corporations, as well as to attract EU funds and foreign investments, the Serbian Chamber of Commerce said in a statement on Thursday.

The financing is envisaged under a letter of intent signed by the Director for Western Balkans at the Directorate General for European Neighbourhood Policy, Genoveva Ruiz Calavera‏, and the president of the managing board of WB6 CIF, Marko Cadez, during the sixth annual summit within the Berlin Process initiative for European integration of the countries of the Western Balkans in Poznan, Poland.

The EU is convinced that the strong economic integration of the Western Balkans is a step forward for the region in the EU accession process and will contribute to more efficient business and a better quality of life for people, Calavera said.

"In this process, the WB6 CIF is one of the main builders of the regional economic space without barriers to trade, and the voice of the business community," Calavera said.

The WB6 CIF was established in August 2015 by the chambers of commerce of Serbia, Albania, Bosnia and Herzegovina, Kosovo, North Macedonia, Montenegro, Slovenia and Croatia with the support of the Austrian Federal Economic Chamber (WKO) and the Association of German Chambers of Commerce and Industry (DIHK).