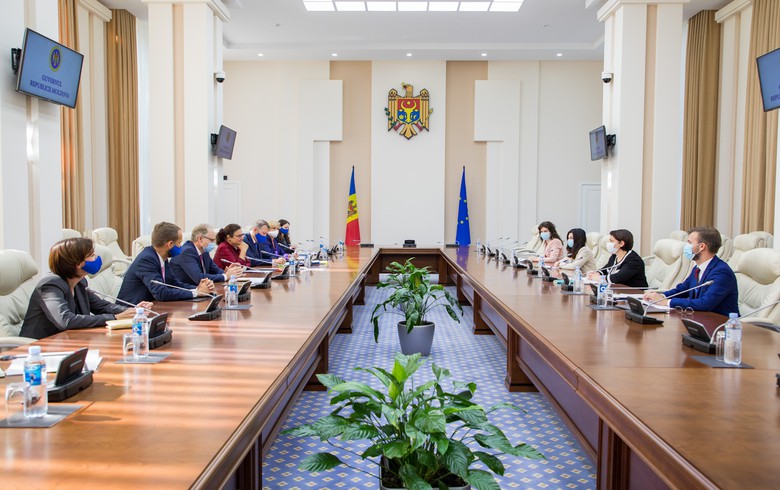 The grant represents the first installment of a three-year Economic Recovery Plan worth 600 million euro which was approved in June, the government's office said in a press release.

Moldova will use this first tranche to spur economic recovery and law enforcement reform.

"The Economic Recovery Plan and the five flagship initiatives for Moldova in the Eastern Partnership will directly contribute to the reform and consolidation of institutions, stimulate long-term socio-economic development, bring direct benefits to citizens, and unleash new economic opportunities by promoting the green agenda and digitisation," prime minister Natalia Gavrilita said.

"Small and medium-sized enterprises (SMEs) have been hit hard by the crisis. Promoting and diversifying access to finance and reducing guarantee requirements will be essential in supporting economic operators. We are grateful to the EU partners who will launch two programmes to support 50,000 independent Moldovan SMEs to adapt to these new conditions."

"This EU support comes after a long period in which European financial assistance was frozen because of former governments. As we promised in the electoral campaign, we managed to relaunch the political dialogue with the EU and resume financial assistance. Moldova is gradually regaining the trust of its strategic partners," president Maia Sandu said in a post on Facebook.

In June the European Commission stressed that the plan is subject to strict conditionality. Investments will be made based on a ‘more-for-more' approach, with progress on structural reforms, in the field of justice and fight against corruption notably, as a prerequisite for financial assistance.

In 2020, the European Union mobilised over 127 million euro in bilateral grant support to help Moldova cope with the initial shock of the crisis.