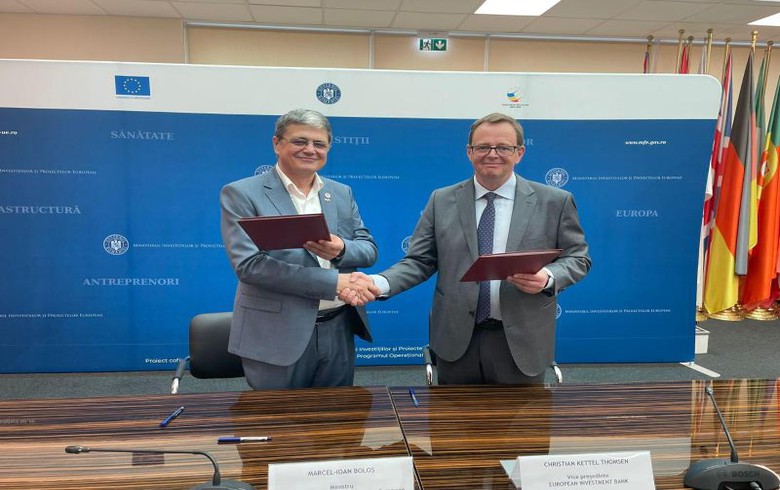 BUCHAREST (Romania), May 19 (SeeNews) - The European Investment Bank (EIB) said that together with the Romanian ministry for EU investment and Projects it has created a 300 million euro ($315 million) Fund of Funds for on-lending under the country's Recovery and Resilience Facility (RRF).

The fund will be managed by the EIB and will provide direct and intermediated on-lending to Romanian schemes in line with the priorities of RRP, the EIB said in a press release on Wednesday.

The EIB added that together with the European Investment Fund (EIF) it will provide technical and financial support to Romania to enhance business financing, climate action and digital investment across Romania under the RRF.

"The close cooperation between EIB and EIF experts and the Government of Romania, in particular the Ministry of European Investments and Projects and Ministry of Public Finance, has enabled new financing initiatives to be developed that will ensure that business and municipal financing across Romania benefits from the unprecedented recovery scheme," EIB vice president Christian Kettel-Thomsen said.

Romania is expected to receive almost 30 billion euro of grants and loans from the RRF. The Romanian National Recovery and Resilience Plan was approved by the European Council in October.

‘’We are very pleased with the results and the way we are working with the EIB Group in the Romanian Resilience and Recovery Plan: it is the first time that we deploy financial instruments for large corporates in Romania. We look forward to continue benefitting from the EIB's expertise for the 2021-2027 programming period," Romania's minister of European investments and projects minister Marcel Bolos said.

This latest agreement complements the funding agreement for the implementation of equity instruments for 400 million euro signed by the EIF and Romania in December.

EIF will also manage the implementation of guarantee instruments under the InvestEU programme with an allocation of 500 million euro of RRF resources in Romania. In cooperation with the European Commission, the instruments are expected to be launched in the second half of 2022.