China to encourage its companies to invest in Bulgaria, W. Balkans 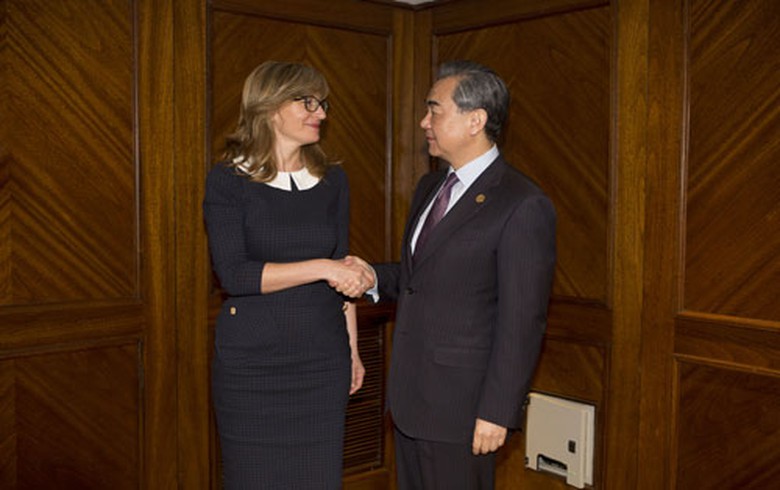 Zaharieva and Yi during their meeting; Source: Chinese Foreign Ministry

SOFIA (Bulgaria), May 24 (SeeNews) - China's foreign minister Wang Yi has said the government is ready to stimulate strategic investments of Chinese companies in Bulgaria and the Western Balkans.

China is aware of the strategic geographic location of Bulgaria as far as transport and energy corridors in the region are concerned, Yi said during a meeting with Zaharieva on the sidelines of the G20 foreign ministers' meeting in Buenos Aires, Argentina.

"Both sides should give play to their own advantages and draw on each others' strengths, and enhance exchanges and cooperation in such fields as infrastructure, connectivity, production capacity, as well as people-to-people and cultural engagement under the framework of the Belt and Road initiative," Yi said in a separate statement released by the Chinese foreign ministry.

In July, Bulgaria's capital Sofia will host the seventh summit of heads of government of China and Central and Eastern European countries (CEEC), also known as the 16+1 format.

"I believe that the 16+1 meeting in Sofia in July will help a lot for the development of the region that needs modern roads, railways, power transmission lines, gas connections," Zaharieva said during the meeting with her Chinese counterpart.

In 2013, China launched One Belt, One Road initiative as a development campaign which provides a framework for integrating the country more deeply into the world economy. An essential part of the initiative is the ‘16+1’ format which brings together 16 CEE countries: 11 EU member states (Bulgaria, Croatia, the Czech Republic, Estonia, Hungary, Latvia, Lithuania, Poland, Romania, Slovakia, Slovenia) and five Western Balkan states (Albania, Bosnia and Herzegovina, Macedonia, Montenegro and Serbia).