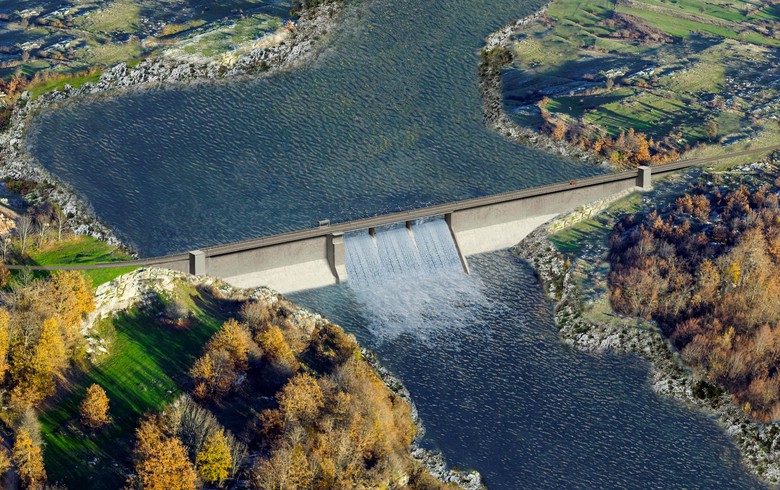 The Poscenje dam for the needs of Bosnia's HE Dabar. Photo: ERS

The entity government's indirect stake in HET will remain 80% after the planned capital hike, Mishelic told a news conference, according to a video file posted on the YouTube channel of public broadcaster RTRS on Thursday.

The sole purpose of the planned capital increase is to secure additional financing for the construction of the Dabar hydro power plant, which is fully owned by HET, Blagoje Shupic, ERS director for economic affairs told the same news conference.

HET said earlier this week that it plans to offer to investors a new share issue of 435 million marka ($255.1 million/222.4 million euro) that would more than double its current equity capital of 385.2 million marka. The plan has drawn nationwide attention due to speculation for loss of government control over the electricity producer.

Elektroprivreda BiH, the power utility operating in Bosnia's other entity, the Federation, said earlier on Thursday it is ready to invest in the share capital of HET to preserve the country's energy independence. According to EPBiH, the planned capital hike could lead to loss of control of considerable power generation capacities and thus put at risk the stability of Bosnia's electricity system.

The Serb Republic and the Federation are two autonomous entities that form Bosnia and Herzegovina.