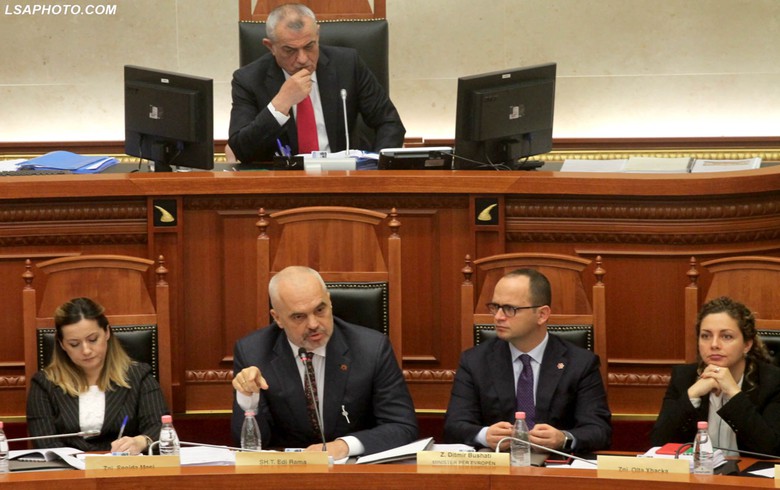 The lawmakers approved the replacement of six ministers and a deputy prime minister as well as the appointment of a new cabinet minister in charge of relations with parliament, the assembly said in a press release late on Wednesday.

The parliament did not vote on the proposed replacement of Bushati by Gent Cakaj because president Ilir Meta has refused to endorse both the dismissal of Bushati and the nomination of Cakaj.

Rama announced the government reshuffle on December 28, seeking to replace seven cabinet ministers in response to a wave of student protest rallies and in an attempt to address inefficiency and corruption in the state administration. Rama added that the changes were necessary in order to secure a third term in office.

Bushati was to be replaced by Gent Cakaj, according to the proposed reshuffle. Last week, the president endorsed all of the proposed changes in Rama's government except Cakaj. The new foreign minister proposed by Rama does not meet the criteria, has no credibility and does not offer the necessary guarantees for fulfilling his duties objectively, Meta said in an open letter sent to Rama.