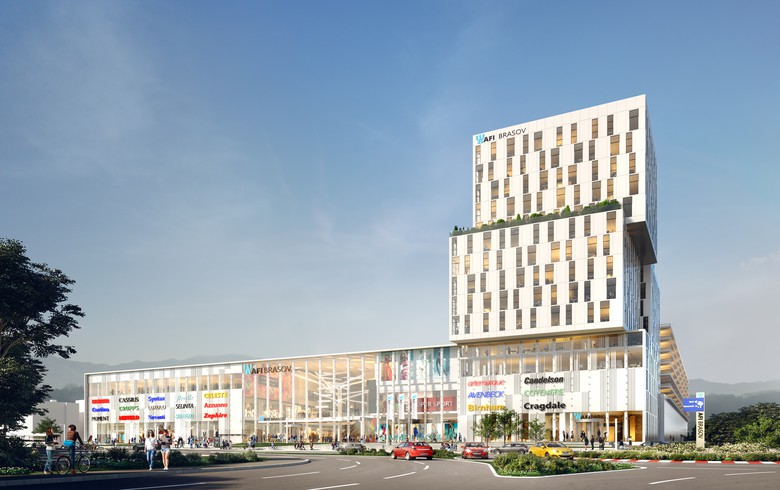 BUCHAREST (Romania), April 6 (SeeNews) - Real estate developer AFI Europe Romania announced on Monday that it is rescheduling the opening of AFI Brasov, the largest shopping centre to be delivered in Romania in 2020, due to the COVID-19 pandemic.

Initially planned for the spring of this year, the opening date is now moved to the autumn of 2020, should the overall social conditions allow it, AFI Europe Romania said in a press release.

"Our decision is based on our top priority to ensure the safety of all our employees, collaborators and clients, which we cannot provide as we should now, due to the COVID-19 pandemic. The opening date will be determined once we reach a higher predictability of the overall social context," AFI Brasov general director Ilan Kalimi said.

AFI Brasov, with a gross letable area of 45,000 sq m, will include shops, restaurants, a cinema complex, a hypermarket, playgrounds, a gym, service shops and a green terrace.

The total investment made by AFI Europe in its Brasov mall is 170 million euro ($183.7 million).

AFI Europe, a subsidiary of AFI Properties, is a leading real estate development, management and investment companies, which has been operating in Central and Eastern Europe since 1997. AFI Europe operates in Romania since 2005.

The company is operating the shopping malls AFI Cotroceni in the capital Bucharest and AFI Ploiesti in the southern city of Ploiesti. Also, it is developing AFI City, its first residential project in Romania, located in Bucharest's District 1. On the office segment, the company owns AFI Park, which comprises of  office buildings spreading on over 70,000 sq m of office leasable area and is developing AFI Tech Park, a  56,000 sq m of GLA Class A business park located in close proximity to the Romanian Parliament.

On April 1, NEPI Rockcastle said that the disposal of its Romanian office property portfolio was not completed as the buyer - AFI Europe - failed to fulfill some procedures, leading to a breach in the agreement which entitled the sellers to terminate the agreement and claim the contractual guarantee. The parties discussed an extension of the completion date but failed to reach an agreement under what terms, NEPI Rockcastle said at the time.