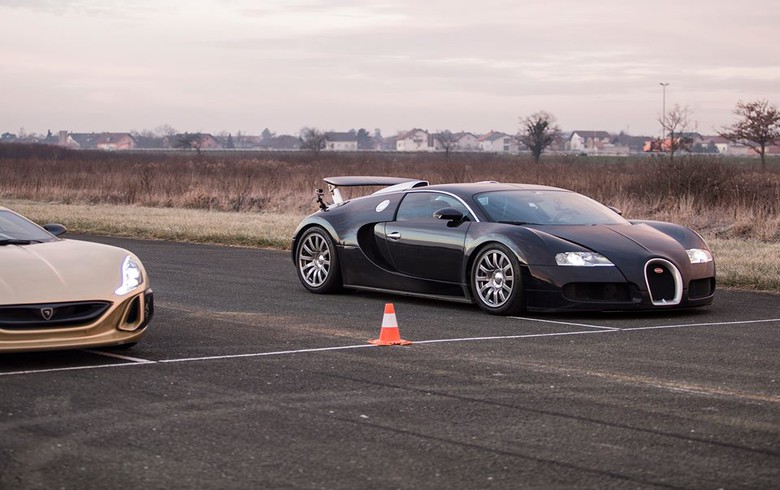 Apart from growing its operations at home, Rimac Automobili will need to expand across the world in order to serve its customers which are all internationally based, Mate Rimac told SeeNews in a recent interview.

Rimac, who started off his business in a garage in the town of Sveta Nedelja in 2009, acknowledged very early on that the company needs to focus on the global market.

"We never thought locally, only globally. It was always clear that Croatia is not a market for our products," Rimac explained. "Going international from day one was the only way to success."

Success came early to Rimac, aged 28, who made it into the Forbes' European edition of the 30 Under 30 list earlier this year.

As a teenager, Rimac won numerous technology awards. With money earned by selling patents, he bought an old BMW car and in 2009 converted it into an electric sports car with which he set five Guinness and FIA world records.

"I had a clear vision," he said, adding that he was inspired by the stories of Italian specialty auto-maker Horacio Pagani and Swedish manufacturer of high-performance sports cars Koenigsegg. "I brought together a top team and headed towards the realisation of my goals."

In less than a decade Rimac Automobili grew from just nine employees to the current team of over 200 people.

It was not a smooth ride though.

During the development stage of Concept One, while it was still just a sketch, Rimac received an offer from the royal family in Abu Dhabi for financial backing. However, after he refused to move the company to the Middle East, the deal was dropped, leaving Rimac and his business in financial distress.

To save the company, Rimac and his team started developing and selling technology and components to other manufacturers in the automotive industry. Today, it manufactures parts for auto industry giants such as Aston Martin, Koenigsegg and Tajima and, according to Rimac, more well-known names will be added to this list shortly.

"Unlike other manufactures in the automotive industry, given the vertical integration, we produce all our components and systems by ourselves, starting from the initial idea, design, engineering and prototype to the finished product," Rimac said.

A year later Rimac Automobili said it has raised a total of 10 million euro from three investors - Frank Kanayet Yepes, a FIA Formula E investor, Tek Cheung Yam acting through his company Integrated Asset Management Asia Limited, and China Dynamics, a company active in the electric vehicle industry in China. Rimac Automobili is valued at around 70 million euro, the company said at the time.

In 2016, Rimac Automobili showcased its Concept S supercar – a faster, more radical and more powerful evil twin brother of the Concept One.

"Concept S, compared to Concept One, is a car-oriented on track performance, a race car. It is faster and 50 kg lighter with extreme aerodynamics that increase downforce by more than 30%, while providing a higher level of grip," Rimac explained.

The company is keeping under wraps new models and their possible release date. Its founder, however, said explicitly that he has no plans for mass production.

"Even with future models we will remain in the segment of luxury supersport cars [...] Rimac Automobili are like the Ferrari of the 21st century," he said.

Instead, to offer Rimac technology to a wider range of customers, Rimac branched off into the bike industry and set up a new company, Greyp.

The bikes, which use the Rimac technology, are being sold in Norway, Finland, Slovakia, Switzerland, Monaco, Liechtenstein, Luxembourg, Austria, the Czech Republic, Israel, Kazakhstan, Peru, Chile, Mexico, and South Africa.

At the same time, Rimac Automobili is establishing itself as a technology and systems provider to the global automotive industry.

Having a great product, however, is not enough for success, according to Rimac.

"You must be willing to sacrifice and invest yourself entirely, in the financial and non-financial sense." A message he has been trying to convey to young people and inspire them with his personal example to enter the world of entrepreneurship.