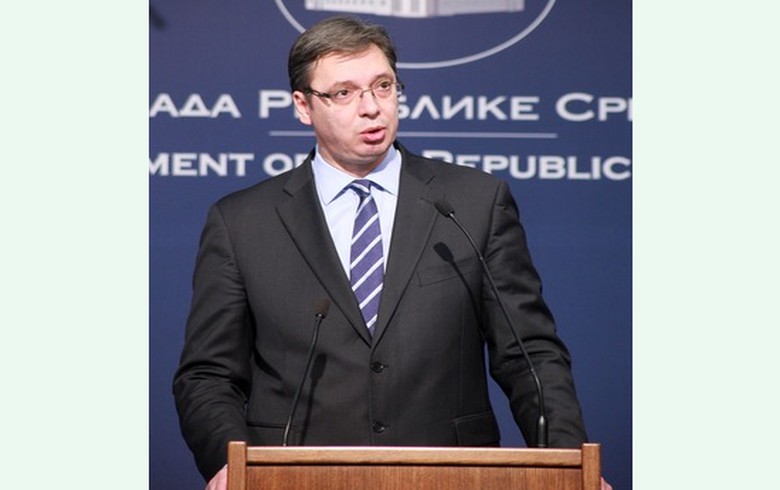 Vucic told a news conference in Belgrade on Tuesday that Croatia was the only EU member state to block the opening of Chapter 26 - Education & Culture. Serbia provisionally closed the Science & Research chapter and opened talks on the Public Procurement chapter on Tuesday, Vucic added.

Vucic said that he left Brussels and did not participate in the intergovernmental conference of the EU and Serbia because there was no logical and justifiable reason not to open Chapter 26.

US Vice President Joe Biden spoke with Croatian officials by phone on Tuesday afternoon, noting the need to open the chapter, Vucic added.

In an interview with national broadcaster Radio Televizija Srbija (RTS) on Tuesday, Serbian foreign minister Ivica Dacic also commented on the matter, saying that there was an "anti-Serbian atmosphere in Croatia" and that Bulgaria had also expressed reserves regarding the opening of the Education & Culture chapter.

"In talks with the European Commission over the past weeks and months, we have often signalled about the issue of education of the Croatian minority in Serbia, the issue of textbooks for primary and secondary education," Croatian prime minister Andrej Plenkovic said in a statement late on Tuesday. He explained that Zagreb expects the talks on Chapter 26 to start in 2017 and that the Croatian government is determined to close a number of "open questions" it has with Serbia.

At a news conference in Brussels following the intergovernmental conference, Serbian minister without portfolio responsible for European integration, Jadranka Joksimovic, said that Serbia deserved to open Chapter 26 and the only reason for being prevented from doing so was the political intention of Croatia to block the talks. Joksimovic explained that this is not a good signal as the talks regard youth, sports and culture which should be cornerstones in the accession process, according to footage of the news conference posted on the website of the Council of the European Union.

This is not the first time Serbia has accused Croatia of blocking its accession to the EU. In April, Vucic said he was "stunned by Croatia's decision not to support Serbia's European path" after Croatian officials refused to give their assent to Serbia opening talks on the judiciary and fundamental rights chapter in the negotiations.