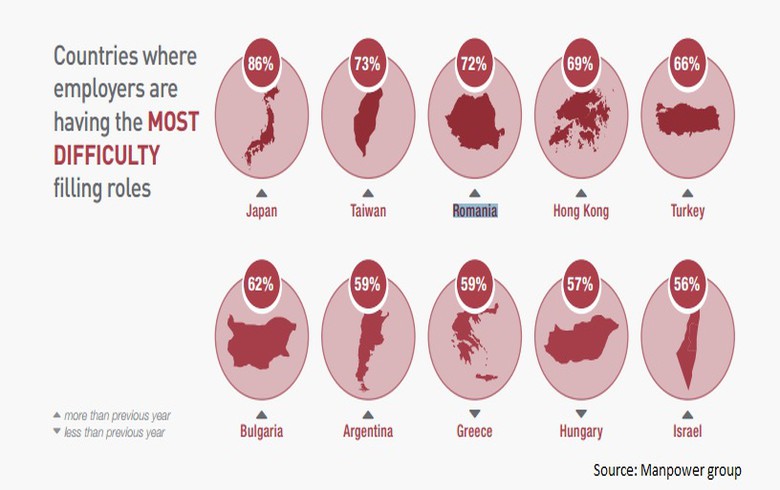 The percentage of Romanian employers who have trouble finding the right employees increased to 72% in 2016 from 61% in 2015, according to the survey released earlier  this week.

Moreover, the talent shortage in the Romanian labour market is the highest one in the last eight years. The top positions identified as the most difficult to fill this year by employers polled in Romania are: skilled trades, laborers, engineers, production operators or machine operators, drivers, restaurants and hotel staff, IT personnel, sales representatives, accounting and finance staff, and sales managers.

Romania ranks third in the world talent shortage survey after Japan, with a deficit of 86%, and Taiwan, with a shortage of 73%, followed by Hong Kong (69%) and Turkey (66%).

Bulgaria ranks sixth with a 62% talent shortage, while Slovenia ranks 33rd with a 33% deficit, the survey showed.

Romania, a country of almost 22 million people, joined the European Union in January 2007. Unemployment rate in the country edged down to 6.0% in August from 6.1% in July.