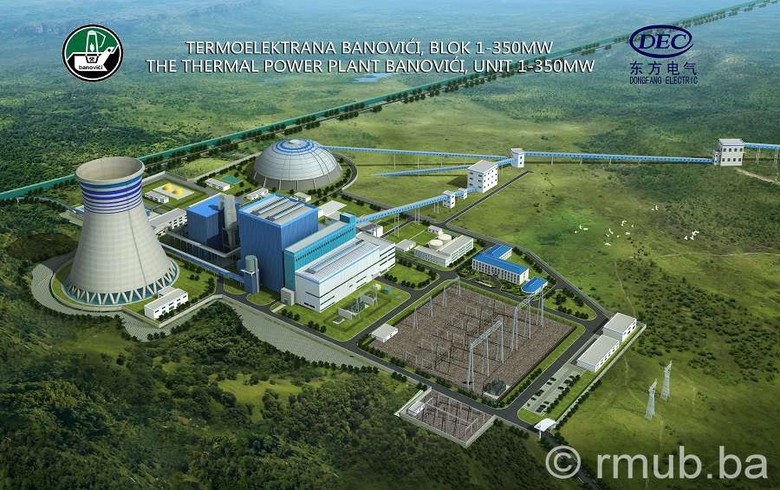 IGH Institute will partner with Germany's Steag Energy Services and Serbia's SGS Beograd in the contract signed with Bosnia's state-controlled coal mining company Banovici (RMU Banovici), which runs the 412.4 million euro project for construction of the 350 MW power plant, IGH said in a statement on Tuesday.

The project received the approval of the government of Bosnia's Federation in July 2017 when the entity's energy ministry was authorised to issue a permit to RMU Banovici for the construction of the power plant.

The plant has a planned annual production capacity of 2,252.3 GWh.

Chinese banks led by the Industrial and Commercial Bank of China (ICBC) have agreed to provide loans for 85% of the project financing, while the remainder should come from a consortium of Bosnian banks led by the local unit of Italy's UniCredit, RMU Banovici said earlier.

RMU Banovici is one of the biggest coal mines in the Federation - one of the two autonomous entities that form Bosnia and Herzegovina. The other one is the Serb Republic.

IGH is a civil engineering company present on the market for 70 years, operating in the spheres of design, consulting and research in civil engineering. It does business on the Croatian market, as it also participates in construction projects in the neighbouring countries.