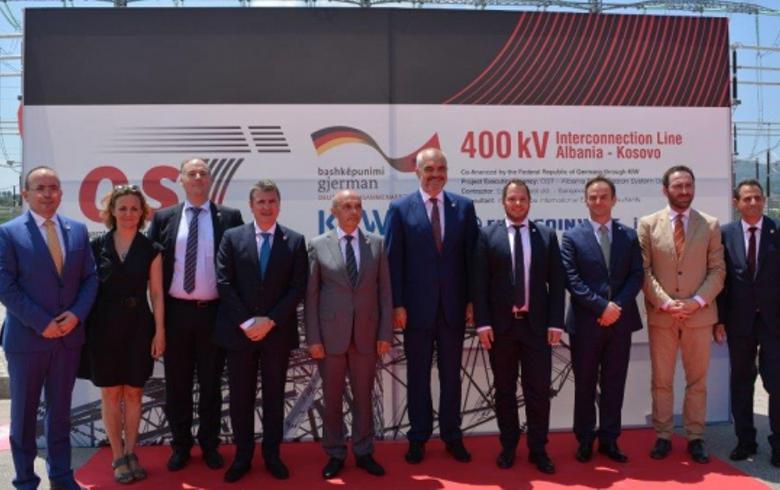 The 151.1 km-long Albanian part cost 29 million euro and was financed by a loan from German development bank KfW, Albania's energy ministry said in a statement.

The construction of the power line started in 2014. The Albanian section was built by Bosnian engineering company Energoinvest, while the 90 km section in Kosovo was built by Croatian power equipment maker Dalekovod and was also funded by KfW.

Kosovo and Albania have so far been connected via a 220 kV link with a transfer capacity of around 200 MW currently. The new line is set to boost that capacity to around 900 MW, enabling increased exchange of electricity when some of the countries has not enough.

Almost all of Albania's power is produced by hydro power plants, while that of Kosovo comes chiefly from lignite coal. Both countries suffer power shortages due to insufficient output, ageing grids and thefts.