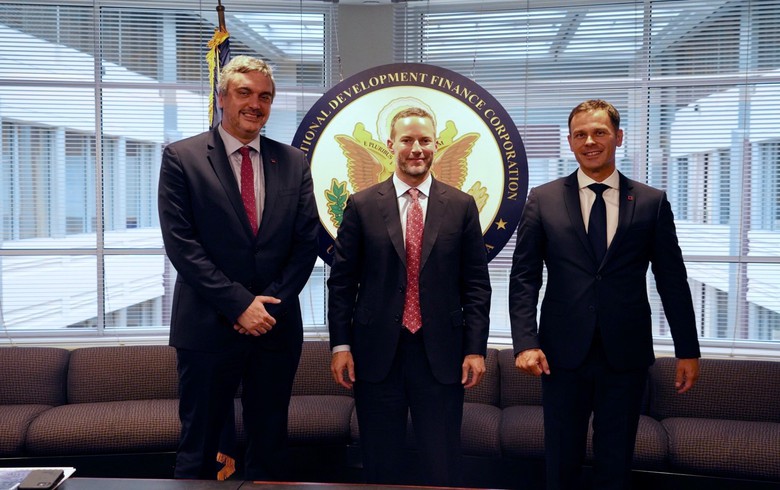 "We had a lot of interest from American private capital in the region from the agreement. What we are ultimately trying to create is an environment where private capital comes from other countries," Boehler said in a video file posted on the YouTube channel of Tanjug news agency.

DFC is looking to support energy, technology, healthcare companies, ranging from startups to full-size businesses in Serbia, Boehler told a news conference in Belgrade on the occasion of the arrival of a U.S. delegation led by the special envoy for Kosovo-Serbia Dialogue, Richard Grenell, to advance economic cooperation and development.

To facilitate the implementation of projects that will support economic growth in the region, DFC will lay the groundwork for opening an office in Belgrade, it said earlier this week.

"This is a permanent office. From that perspective I expect full continuity [...] we would not open it if we were not serious and if it was not a sustained commitment," Boehler said in a response to a question by a reporter on whether the initiative will be maintained regardless of who is in the White House office.

Established in October, DFC is a new organisation, but it is totally bipartisan, as it stands behind the idea of investment in development, which is an American value, he noted.

Also on Tuesday, the president of Serbia's Chamber of Commerce, Marko Cadez, said the chambers of commerce of Serbia and Kosovo plan to establish a joint team to facilitate U.S. investments in the region.

The team will provide assistance to governments, the business community, the U.S. International Development Finance Corporation (DFC), the Export-Import Bank of the United States (EXIM), U.S. and European Union institutions, and all participants in economic normalisation processes, Cadez said in a video file posted on the YouTube channel of Tanjug news agency.

"What is new is our joint decision to establish a team that will support the implementation of what [...] Serbian President Aleksandar Vucic and Kosovo prime minister Avdullah Hoti agreed in Washington," Cadez told a news conference in Belgrade on the occasion of the arrival of a U.S. delegation led by the U.S. special envoy for Kosovo-Serbia Dialogue, Richard Grenell, to advance economic cooperation and development.

The team will analyse ways to involve the private sector in executing the investment projects agreed by Vucic and Hoti, he added.

"We need to find experts and companies to join the team from the logistics, energy, IT sectors. They will give their input on everything that is needed for the implementation of the Washington agreement," Cadez said.

Earlier on Tuesday, Serbian infrastructure minister Zorana Mihajlovic said the Serbian government hopes to execute infrastructure projects with a total value of $3.7 billion (3.2 billion euro) with the support of the DFC.

DFC and EXIM recently signed Letters of Interest (LOIs) with Serbia and Kosovo to help finance the important projects identified U.S.-brokered agreement on the normalisation of economic relations between Kosovo and Serbia, signed by Serbian president Aleksandar Vucic and Kosovo prime minister Avdullah Hoti on September 4 in Washington.