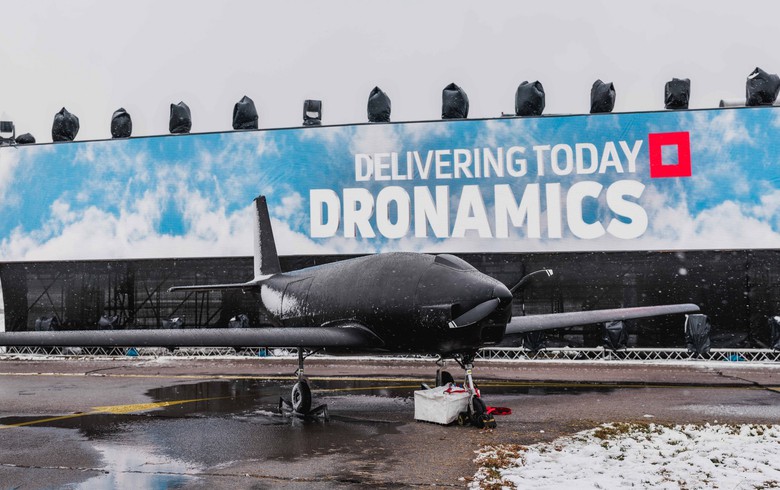 The fundraising is likely to target individual investors, funds and venture capital firms in regions such as the UK, the US and Asia where the potential of advanced aerial mobility (AAM) is strongly recognised, the Dronamics official said in response to a SeeNews enquiry. The financial parameters of a potential deal are confidential at this stage.

The news comes as Dronamics announced earlier on Tuesday that it is looking at collaborating with listed Australian aerospace components maker Quickstep Holdings Ltd to further its goal of ramping up cargo drone production, targeting first delivery in 2023.

The turnkey services partnership would result in the first Black Swan cargo drone prototype being delivered by Quickstep some time in 2023, with a progressive step-up in production capacity to several hundred units over the next four years, Dronamics said in a press release.

Production will be based at Quickstep's facilities in Australia. The aerospace and defence company has a 16,000 sq m aerospace composite manufacturing plant at Bankstown Airport in Sydney and a Drone Centre of Excellence at Deakin University, Australia’s top carbon fibre and composite research facility, its website shows.

The partnership deal comes after Dronamics in May became the first drone cargo airline to obtain an EU-wide operating licence. The company said at the time it is gearing to run its first commercial flights out of Malta and Italy in late 2022.

"The first strategic manufacturing partnership is a key milestone in our mission to enable same day delivery for everyone, everywhere. As an innovator who is challenging the status quo in cargo mobility, we are thrilled to have the support of an experienced partner like Quickstep to help us realise the full potential of our solution," Dronamics co-founder and chief technology officer, Konstantin Rangelov, said.

The parties, which have inked a non-binding memorandum of understanding (MoU), are currently in detailed commercial negotiations over a potential binding agreement for engineering and manufacturing services, which is expected to be signed by the end of October, Quickstep said in a separate press release earlier.

The fixed-wing Black Swan can carry cargo of up to 350 kg at a distance of up to 2,500 km, significantly cutting cost, time and carbon emissions for logistic deliveries.