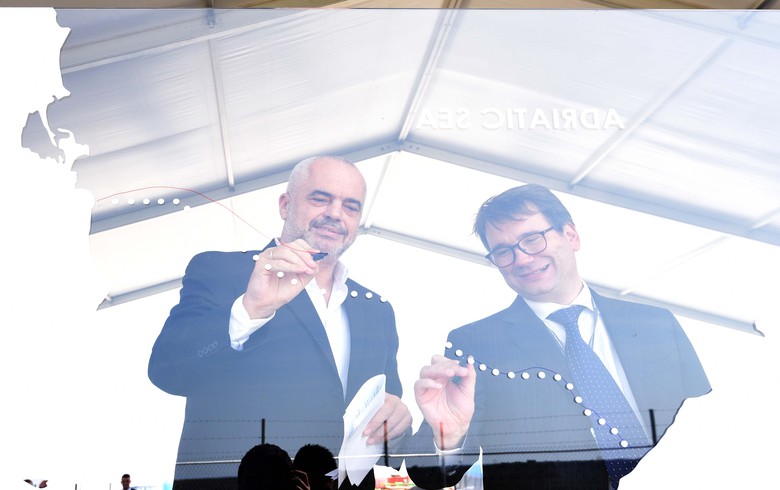 TIRANA (Albania), October 19 (SeeNews) – The Trans Adriatic Pipeline (TAP) consortium said on Friday it launched construction works in Albania for the 105km offshore section across the Adriatic Sea that will link the gas pipeline to Italy’s transmission network.

“The physical offshore pipeline installation is planned to be carried out in 2019, as per TAP’s schedule,” the consortium said in a press release, following the start of works.

The offshore section of the gas pipeline will begin near the Albanian southwestern city of Fier and will cross the Adriatic Sea to tie into Italy’s gas transmission network in the southern part of the country.

Albania's prime minister Edi Rama and energy minister Damian Gjiknuri both welcomed the project’s good progress, the benefits it brings to local communities and commended the strong partnership between TAP and Albania, according to the press release.

“This is another key milestone taking one more step towards completion of the TAP project and the start of operations in 2020. Being one of the most strategic and mature infrastructure projects currently implemented in Europe, TAP will bring a new source of gas to homes and business and boost security of energy supply in the region,” TAP managing director Luca Schieppati said.

TAP is one of the largest foreign direct investments in Albania worth about 1.5 billion euro ($1.7 billion), TAP country manager for Albania, Malfor Nuri, said at the ceremony.

TAP project director John Haynes said that the pipeline will reach depths of more than 810m beneath sea level, with some 9,000 pipes with a 36-inch diameter to be used.

TAP will transport natural gas from the giant Shah Deniz II field in Azerbaijan to Europe. The approximately 878km long pipeline will connect with the Trans Anatolian Pipeline (TANAP) at the Turkish-Greek border at Kipoi, cross Greece and Albania and the Adriatic Sea, before coming ashore in southern Italy.

TAP’s routing can facilitate gas supply to several countries in Southeast Europe, including Bulgaria, Albania, Bosnia, Montenegro, Croatia and others. TAP’s landfall in Italy provides multiple opportunities for further transport of Caspian natural gas to some of the largest European markets such as Germany, France, the UK, Switzerland and Austria.