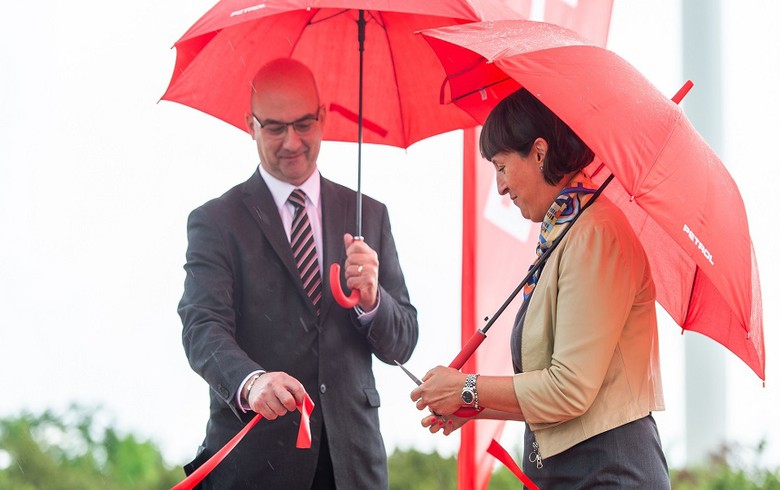 LJUBLJANA (Slovenia), May 11 (SeeNews) - Slovenian energy company Petrol [LJE:PETG] has officially launched the operation of a 32.4 MW wind farm in Croatia, it said.

Petrol's subsidiary Vjetroelektrarna Ljubac has been operating the wind farm in a test mode since July 2021 and received the status of an authorised renewable energy producer on April 4, Petrol said in a statement on Tuesday.

"Petrol is one of the largest energy companies in the region, one of the first to become actively involved in the energy transition to a low-carbon society. The production of electricity from renewable sources is one of the key activities for the future development of the Petrol Group into a modern, sustainable energy company," management board president Nada Drobne Popovic noted.

In 2017, Petrol launched its first wind farm in Croatia, near Sibenik, which features nine turbines of 2.3 MW capacity each.

The company aims to increase its total renewable energy capacity to 160 MW in 2025 from 68.9 MW at the end of last year.