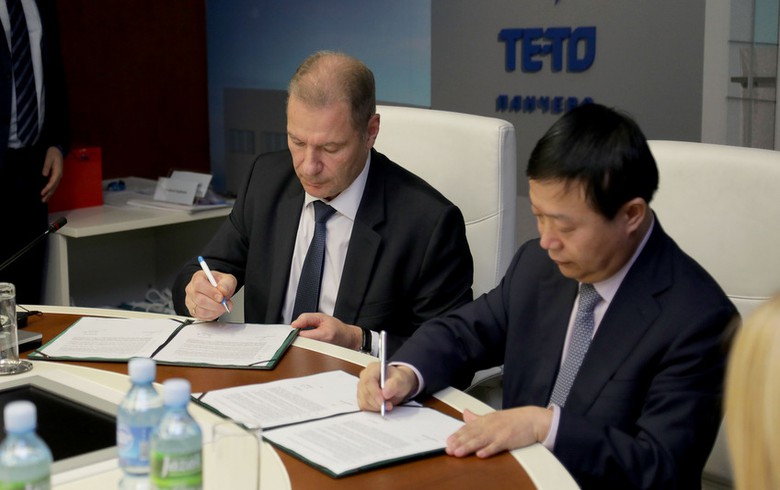 Aleksandr Varnavsky and Yi Xiaorong, the President of Shanghai Electric Group, during the signing of the contract; Source: NIS

Shanghai Electric Group won a tender for the project, competing with companies from Greece, Austria, Switzerland and China and will start the construction of the TPP in the second quarter of 2018, NIS said in a statement on Tuesday.

A total of 180 million euro ($209.4 million) will be invested in the construction of the power plant, as the bulk of the funding will be provided by Gazprom, the majority shareholder of NIS, the Serbian oil group said.

"Reliability of electrical and heat power supply to Pancevo refinery and additional volumes of electrical power to be placed on the market will ensure the required energy stability for the country’s citizens," the CEO of NIS, Kirill Tyurdenev, said in the statement.

The heat installed capacity of TPP Pancevo will amount to 121 Gcal. The power plant will be built within an unprecedentedly short period and the planned plant start-up is scheduled for the fourth quarter of 2019, the director of the plant's operator, TE-TO Pancevo, Aleksandr Varnavsky, said.

In 2015, NIS said a joint venture with Gazprom Energoholding's unit Tsentrenergoholding plans to build of a 140 MW gas-fired TPP in Pancevo. Tsentrenergoholding owns a 51% stake in the joint venture and NIS holds the remainder. There is a possibility to expand the TPP in the second phase and in that case, its capacity would be raised to 208 MW, while the investment would go up to 183 million euro, NIS said back then.