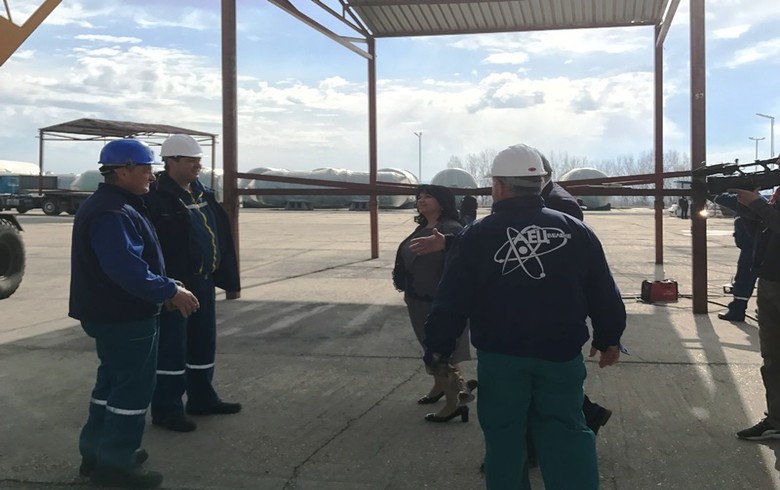 SOFIA (Bulgaria), June 18 (SeeNews) - Russian nuclear energy corporation Rosatom said on Thursday that it has signed memorandums of understanding (MoU) with France's Framatome and US-based General Electric Steam Power to submit a joint bid for taking part in the tender for construction of Belene nuclear power plant (NPP) in Bulgaria.

In accordance with the agreements, if Rosatom wins the tender for selection of a strategic investor in the project, GE Steam Power will supply the turbine equipment, while Framatome will deliver equipment for the power plant's automated process control systems, Rosatom said in a statement.

Rosatom noted it has already successfully partnered with Framatome and GE in international projects, including Hungary's Paks-2 NPP and Hanhikivi NPP in Finland.

Earlier this year, Bulgaria's energy ministry said that the preparation of binding offers for participation in the tender for the Belene NPP project will be delayed in view of the then ongoing state of emergency introduced over the coronavirus pandemic. The state of emergency was lifted in mid-May.

In June 2018, Bulgarian parliament mandated energy minister Petkova to seek potential strategic investors willing to build a nuclear power plant in Belene, on the Danube river - a project abandoned since 2012 which the government aims to revive.

The country plans to build Belene NPP on a market basis, as the state does not intend to sign long-term power purchase agreements with the investor or provide state guarantees. Bulgaria will participate in the project company via a non-monetary contribution - the manufactured nuclear reactors and other equipment plus the construction site and the respective licences.

In December 2016, following international arbitration, Bulgaria paid some 600 million euro ($675 million) in compensation to Russia's Atomstroyexport for the equipment already manufactured by the company for the project. The equipment is now stored at the site designated for the construction of the power plant.