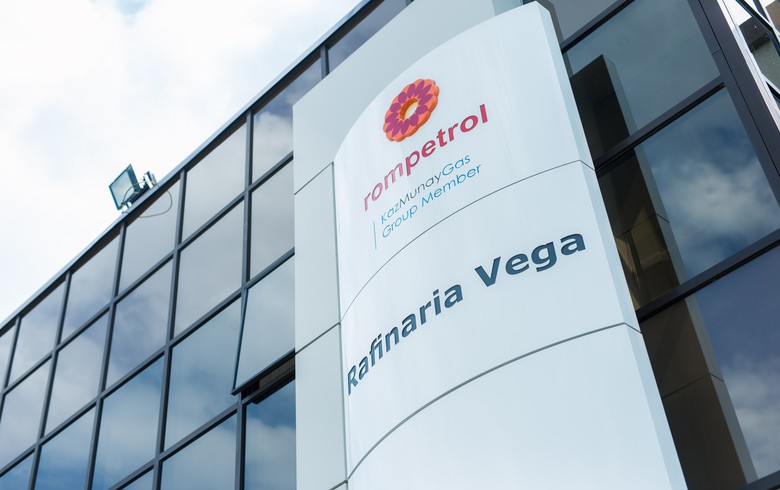 BUCHAREST (Romania), May 11 (SeeNews) - Romania's Rompetrol Rafinare [BSE:RRC], part of KMG International Group, said on Wednesday that it has completed a $4.2 million (3.97 million euro) investment in the modernization of the Vacuum Distillation Plant (DV) at the Vega refinery in Ploiesti.

The project will help to improve operational processes and will also have a positive impact in terms of increasing protection of the environment, Rompetrol Rafinare said in a statement filed with the Bucharest Stock Exchange.

"The modernization of the plant will strengthen the strategic position of the Vega refinery, the only profile unit in the country capable of producing road and special bitumen, products used in infrastructure works in Romania and the region," Rompetrol Rafinare general manager Felix Crudu Tesloveanu said.

The significant stages of the project consisted in the design, execution, transport and installation of a new technological furnace, which has the role of heating the raw material and fractionating it under low pressure conditions. The new furnace has an efficiency rate of 86% to 90%, compared to about 60% of the old facility.

Rompetrol Rafinare plans to produce some 140,000 tonnes of bitumen this year, double compared to 2019, the year in which the largest amount of bitumen was produced at the refinery.

Vega Ploiesti, in southern Romania, is the only profile unit in the country capable of producing bitumen, hexane and ecological solvents, and the raw material and semi-finished products used come exclusively from Rompetrol's other refinery - Petromidia Navodari, the largest such unit in the country.

Rompetrol Rafinare SA is among the biggest companies in SEE, for more reference take a look at Top 100 companies
Share this story
Facebook Twitter Linkedin Email
SeeNews in Brief