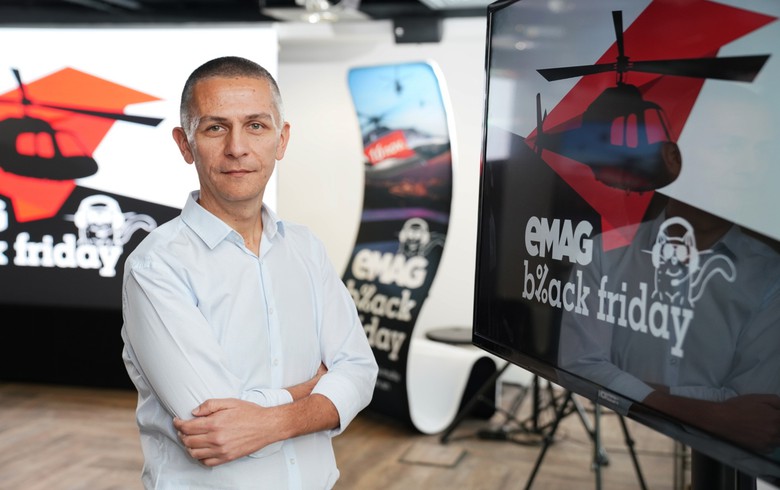 The platform's founding entrepreneurs will continue to run the company, EuCeMananc said in a press release.

Following the transaction, EuCeMananc hopes to accelerate the development of the business by increasing the number of restaurants from which they deliver and thus the variety of food that reaches its customers.

"We are very happy about this strategic partnership that will help us to grow our business at a faster pace and to go on with our plans started many years ago. It is a very competitive market but this is beneficial for the users of food delivery platforms in Romania. Through the eMAG investment we also get a recognition of the work of both our team and partners," EuCeMananc CEO Alin Serban said.

The entrepreneurs who founded the company and who will lead the development are CEO Alin Serban, COO Mihai Brenda and CTO Laurentiu Duta, who created the online platform.

"By combining the enthusiasm and experience of the entrepreneurs who run EuCeMananc with the support that eMAG can offer, I think we can develop very good customer services: large number of restaurants, very simple ordering process, fast delivery. This type of order will develop a lot, as more and more customers prefer to order food online, and we want to help EuCeMananc become a quality leader in this segment," eMAG CEO Iulian Stanciu said.

The EuCeMananc platform is a domestic business launched in 2014, which brings together offers from over 600 restaurants in 18 cities such as Bucharest, Timisoara, Oradea, Arad, Brasov and Iasi.

eMAG was founded in 2001 by Romanian entrepreneurs, and later expanded in Bulgaria, Hungary and Poland. South Africa-based Naspers media group acquired a 70% stake in eMAG in 2012.

In March, eMAG said it is expanding to the Czech Republic, Slovakia, Slovenia, Croatia and Austria following the merger of its Hungarian unit with local peer Extreme Digital, and will target 1 billion euro ($1.1 billion) in sales in six years' time. Following the merger, eMAG Romania will become the majority shareholder of the new entity, with 52% of the shares, while the rest will be owned by Extreme Digital shareholders.