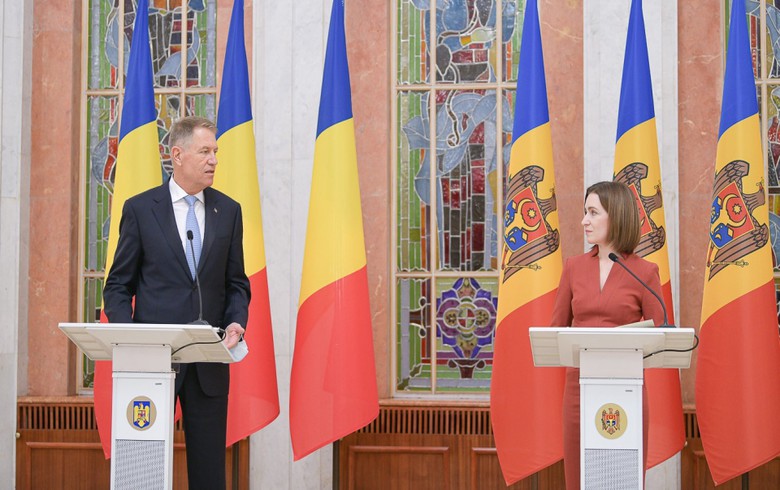 CHISINAU (Moldova), March 17 (SeeNews) - Moldovan president Maia Sandu reiterated a call for the withdrawal of Russian troops from the breakaway region of Transnistria and asked for a peaceful resolution of the conflict a day after the Parliamentary Assembly of the Council of Europe designated it as a territory occupied by Russia.

With a population of some 470,000, Transnistria is a partially recognised state located mostly on a strip of land between the River Dniester and the eastern Moldovan border with Ukraine. After a violent separation in 1992, Russia decided to station several thousand troops in the area to support the separatist republic.

"We have always called for the withdrawal of Russian troops from the Transnistrian region. We have demanded the liquidation of ammunition deposits in the districts on the left bank of the Dniester, and we continue to plead for a peaceful settlement of this conflict and we will do everything we can to find and implement a diplomatic, peaceful political solution," Sandu said during a joint press conference with her Romanian counterpart Iohannis in Chisinau on Wednesday.

For his part, president Iohannis pledged Romania's support for Moldova in solving the Transnistrian problem.

"The tragic situation in Ukraine should not make us forget that there is still a prolonged conflict on the territory of Moldova. Here in Chisinau, I reaffirm Romania's full support for the political settlement of the Transnistrian issue, while respecting the sovereignty and territorial integrity of Moldova within its internationally recognised borders and without affecting its pro-European course," Iohannis said.

Earlier in March, Moldova applied for membership in the European Union.

Around a tenth of the ex-Soviet state's population of 2.7 million lives in Transnistria.

In 2006, Transnistria held a referendum which showed that a broad majority of the population supports independence from Moldova and adherence to the Russian Federation. The results of the referendum were not recognised by the international community.