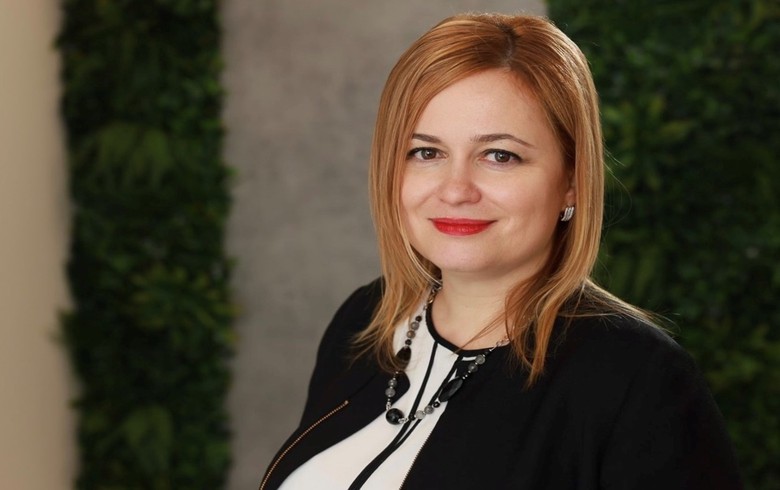 SOFIA (Bulgaria), July 20 (SeeNews) - ICGB, the project company of the Greece-Bulgaria interconnector (IGB), intends to offer interested parties all unbooked capacity once the pipeline is operational and certain suppliers may opt to carry gas to Moldova and Ukraine, ICGB chief executive on the Bulgarian side, Teodora Georgieva, told SeeNews in a recent interview.

However, as the pipeline's operator, ICGB has no way of guaranteeing that such capacity will be used for that purpose, Georgieva added.

Earlier this month, Bulgaria and Greece completed the construction of a 220 million euro ($223.1 million) gas link with an annual capacity of 3 billion cubic metres (bcm). The link is connected to the Trans-Adriatic Pipeline (TAP), allowing for additional quantities of gas from Azerbaijan that arrive in Greek ports to flow to Italy and the wider Southeast Europe (SEE) region. It will also enable the flow of liquefied natural gas to Bulgaria and SEE from Greece's Alexandroupolis LNG terminal, paving the way for potential future LNG imports from the US, Algeria, Qatar, Egypt and other suppliers. The pipeline is seen as a crucial element of the European Union's plans to give up Russian gas supplies entirely by 2030 and beyond.

As much as 1.57 bcm of capacity on IGB have already been secured on long-term contracts of up to 25 years, with some companies making a debut on the Bulgarian market. Apart from state supplier Bulgargaz, its Greek counterpart DEPA and Italian energy company Edison have reserved long-term capacity, in addition to Azerbaijan’s state supplier Socar, which will supply 1 bcm per year. US Linden Energy, which is awaiting regulatory approval to buy 50% of Bulgarian gas supplier Overgas, must also reaffirm its commitment to take 10% of IGB’s volume.

The remaining capacity will be offered to all interested parties through the European PRISMA and RBP platforms.

“Interest in the project was high even at its launch, but now, as the international environment has completely changed as a result of the war in Ukraine and the bypassing of Russian gas as an energy source, the interest in IGB is growing and I believe that the project will quickly reach its full capacity,” Georgieva noted.

ICGB last week received formal certification as an independent transmission operator from the Greek and Bulgarian energy regulators, after construction of the pipeline was completed earlier in July.

At the time, Romanian prime minister Nicolae Ciuca said that the interconnector will allow Romania to supply gas to Ukraine and Moldova, through the BRUA pipeline which is connected to IGB.

With the EU having set a requirement for all member states' gas storage facilities to be at least 80% full by November 1, the pre-eminent question is when the IGB will begin commercial operations at the earliest.

Greek construction and engineering company AVAX has yet to finalise the integration and testing of the pipeline’s automatic control system, SCADA, while the Bulgarian construction supervision agency needs to give the green light, followed by similar steps on the Greek side, Georgieva explained.

“Commercial operation is slated for the end of September at the latest, in case of delay due to administrative procedures outside the company’s control,” she said. Should there be sufficient political and institutional will to shorten the numerous time-consuming administrative steps, commissioning could happen earlier, at the end of summer and well in time for the upcoming heating season. Efforts at all levels are focused on achieving an earlier start, Georgieva stressed.

Asked about the modalities of effectively reaching IGB’s potential capacity of 5 bcm per year, Georgieva said that this would require the construction of a gas compressor station at Komotini in Greece, a move which would depend on sufficient commitments to greater transfer volumes by traders.

“In the event that the market shows an interest above IGB’s initial 3 bcm capacity, we will do everything necessary to meet the demand in the shortest possible time.”

The events unfolding in Ukraine have significantly sped up this process and ICGB has held talks with DESFA over the past few months on the potential compressor station, which would expand DESFA's own infrastructure whilst also allowing direct imports into Bulgaria from the Revithoussa liquefied natural gas (LNG) terminal.

The optimal solution would be for DESFA to complete the compressor station at the same time as the planned Alexandroupolis LNG terminal, linking the IGB to it which would then create a new direct gas supply route into Europe, Georgieva added.

The construction of the LNG terminal at Alexandroupolis, with annual capacity of 6 bcm, and the 10.2 bcm per year terminal at Saros in Turkey will provide additional boosts to energy diversification and security in the wider SEE region, as will the use of the Trans Balkan pipeline’s free capacity and the doubling of the capacity of TAP to 20 bcm per year.