You have 5 free articles left this month. Get your free Basic subscription now and gain instant access to more.
Montenegro Petroleum/Natural Gas 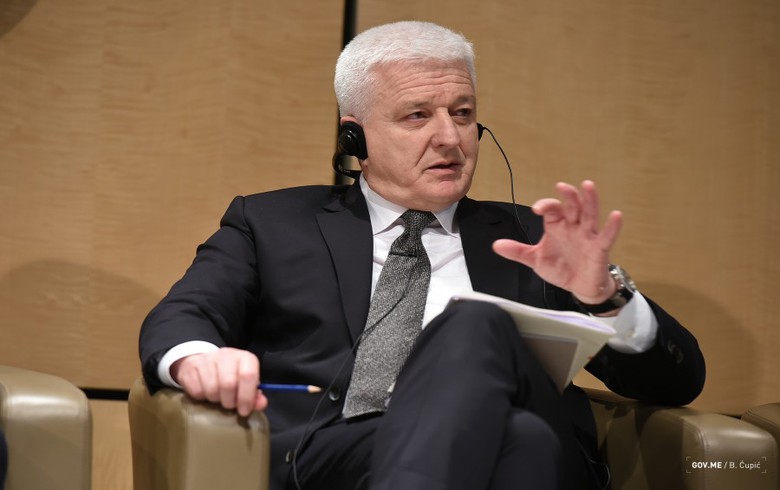 PODGORICA (Montenegro), February 26 (SeeNews) – Montenegro’s prime minister Dusko Markovic has said the government expects the construction of the Ionian Adriatic Pipeline (IAP) and the overhaul of the railway infrastructure will improve the economic cooperation in the Western Balkans.

Montenegro considers the construction of the IAP and the improvement of the railway infrastructure to be priority projects, as they are a prerequisite for the economic integration in the region and will facilitate the movement of people and cargo, Markovic said during the Western Balkans Investment Summit hosted by the European Bank for Reconstruction and Development (EBRD) in London, according to a government press release.

IAP is a proposed natural gas pipeline in Southeastern Europe that will stretch from Albania through Montenegro, and Bosnia and Herzegovina, to Split in Croatia. It will be connected with the Trans Adriatic Pipeline (TAP), under construction by a consortium that includes State Oil Company of the Azerbaijan Republic (SOCAR). TAP will transport natural gas from the Shah Deniz II field in Azerbaijan to Europe. Albania, Bosnia and Herzegovina, Croatia and Montenegro signed in August 2016 a Memorandum of Understanding with SOCAR on the IAP project.

"The Berlin Process, complementary to the EU accession process, began with the Connectivity Agenda, or the initiation of joint regional projects in the field of infrastructure. Infrastructure integration is a prerequisite for strengthening economic integration, that is, the overall competitiveness of the region," Markovic said.

The full implementation of the Connectivity Agenda means further simplification of trade in goods and services, greater mobility of labour force and researchers, a more intensive attraction of investments and strengthening of the digital economy in the six countries of the Western Balkans, Markovic said.

The Western Balkans Investment Summit regional conference has been carried out regularly by the EBRD since February 2014. The prime ministers of all six Western Balkan countries - Albania, Serbia, Kosovo, Macedonia, Bosnia and Herzegovina and Montenegro - participate in the event this year.