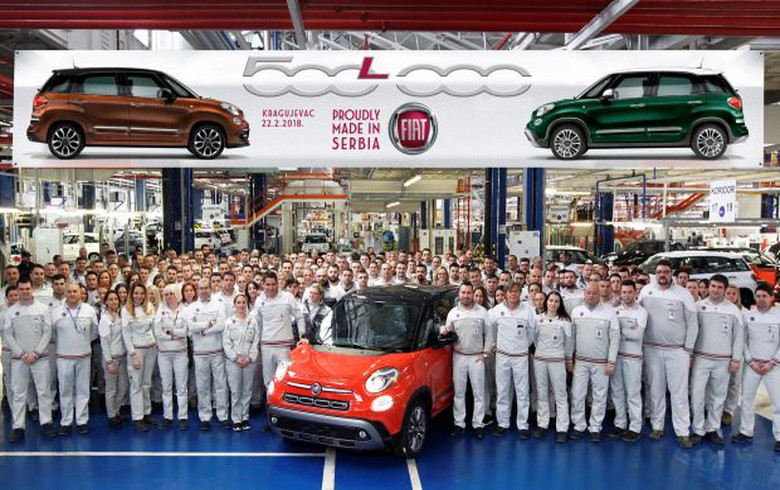 BELGRADE (Serbia), March 11 (SeeNews) - Fiat Chrysler Automobiles (FCA) has postponed the suspension of production activities at its factory in Kragujevac, Serbia due to the coronavirus outbreak in Italy and China, Serbian media reported on Wednesday.

"We received an e-mail from the general manager stating that the planned shutdown of production in Serbia had been delayed due to the situation in Italy and China," news agency Tanjug quoted the leader of Nezavisnost trade union at the Kragujevac factory, Zoran Stanic, as saying.

Earlier on Wednesday, FCA said it will temporarily close its factories in Italy due to the coronavirus crisis in the country and the measures imposed by the government to limit the spread of the disease.

Last month, a spokesperson for FCA said that the company plans to suspend production in Kragujevac due to the lack of supplies of electric parts from China caused by the coronavirus outbreak in the Asian country.