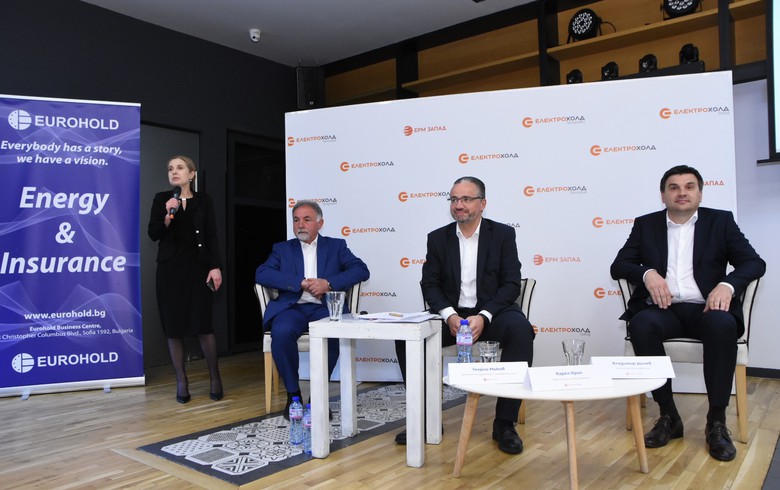 SOFIA (Bulgaria), May 12 (SeeNews) - Electrohold Bulgaria, the electricity supply and distribution arm of diversified group Eurohold Bulgaria [BUL:EUBG], said on Thursday that it will seek opportunities for expansion in neighbouring countries and will also target a leadership position in the sector in the wider Central and Eastern Europe (CEE) region.

"This will bring a wide range of benefits to our consumers. Along with electricity, our clients will be able to take advantage of valuable offers for insurance and other financial services," Eurohold management board chairman Kiril Boshov said in a statement.

The company, which is pursuing synergies between its insurance and energy arms, will initially apply this model in Bulgaria, later expanding it into other existing markets, such as the 13 CEE countries, where Euroins Insurance Group (EIG) operates.

Electrohold added that it will prioritise investments in completing the digitalisation of its services as well as to further modernise the grid in Bulgaria.

A total of about 300 million levs ($160 million/153.4 million euro) are to be invested between the start of 2021 and end-2023 to digitise and modernise the grid and services of Electrodistribution Grid West, or EDG West, [BUL:CEZD], the former unit of Czech energy group CEZ which Electrohold is currently seeking to acquire in full. Over 80% of the services of power trader Electrohold Sales and over 90% of those of EDG West are already electronically available.

Ongoing projects include real-time advanced grid monitoring, management technologies as well as permanent monitoring of consumption and optimal use of the workforce. The company is introducing drones and using artificial intelligence (AI) in its operations.

Electrohold Bulgaria manages the activities of the seven companies which Eurohold acquired from CEZ Group in 2021 through its wholly-owned Netherlands-based unit Eastern European Electric Company (EEEC). The business has nearly 3 million customers and includes the leading companies in Bulgaria’s electricity distribution, supply and trade sectors.

Eurohold, which launched the new corporate identity of its energy arm on Wednesday, expects to finalise the rebranding of the customer service centres and other facilities of Electrohold within the next few months.