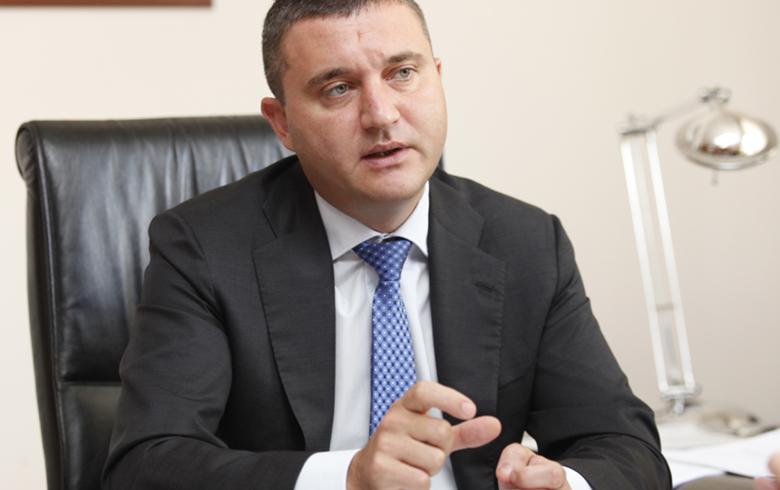 SOFIA (Bulgaria), June 1 (SeeNews) - Bulgaria confirms its intention to apply by the end of June to enter the Exchange Rate Mechanism (ERM II), the system set up by the EU to prepare non-euro member states for joining the Eurozone, finance minister Vladislav Goranov said on Friday.

"We are working on a road map, and we will soon complete this process," he added.

Bulgaria's central bank governor Dimitar Radev said last week that the process of euro area accession, starting with the participation of the national currency in the ERM II, will be a catalyst for further improvements, adjustments and reforms in Bulgaria.

Goranov spoke about a week after the European Central Bank (ECB) and the European Commission (EC) said the country is not prepared to join the Eurozone as it does not meet all criteria.

The ECB said last week that Bulgaria should deal with macroeconomic imbalances, and needs to adopt laws to preserve central bank independence, in order to meet criteria for joining the Eurozone. "Bulgarian law does not comply with all the requirements for central bank independence, the monetary financing prohibition, and legal integration into the Eurosystem," ECB said in its biennial convergence report assessing the readiness of non-euro EU member states to adopt the single currency.

The European Commission said in its convergence report published together with the ECB's report that Bulgaria does not fulfil the conditions for the adoption of the euro as its legislation, and its law on the central bank in particular, is not fully compatible with the requirements of the treaty on the functioning of the EU.