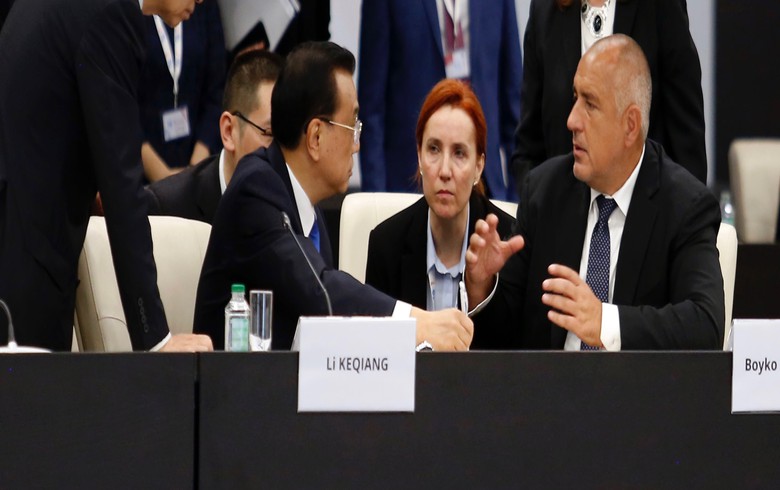 SOFIA (Bulgaria), July 9 (SeeNews) - The prime ministers of Bulgaria Boyko Borissov and of China Li Keqiang agreed to set up a global centre for partnership and cooperation of the Asian country with the countries of Central and Eastern Europe, the Bulgarian government said.

"We proposed the establishment of a Global Partnership and Cooperation Centre, whereby the '16 + 1' countries will explore how our cooperation can correspond to EU rules in the context of globalization," Li Keqiang said, according to a government press release issued after his visit to Sofia.

The Bulgarian capital hosted a summit of leaders of China and countries of Central and Eastern Europe under the 16+1 format last week.

Li Keqiang also noted that such cooperation will give Chinese entrepreneurs much more incentives to invest in the EU.

The centre will help Chinese companies enter the EU market and participate in tenders and procedures within the EU, Borissov added.

The '16+1' is an initiative of the Chinese government for closer economic cooperation with 11 EU member states and five non-EU countries of the Western Balkans - Albania, Bosnia, Bulgaria, Croatia, the Czech Republic, Estonia, Hungary, Latvia, Lithuania, Macedonia, Montenegro, Poland, Romania, Serbia, Slovakia and Slovenia. The initiative intersects with the Chinese government's One Belt, One Road development strategy under which China plans to invest hundreds of billions of euro in other countries in Asia and in Europe in a bid to strengthen its role in global affairs.

However, the initiative, which envisages large investments in infrastructure and technologies in these 11 countries which China views as a bridge to the EU, has raised concerns in the EU institutions that it runs counter to the common law, as it could allow Chinese companies to circumvent the bloc's import duties and anti-dumping tariffs.