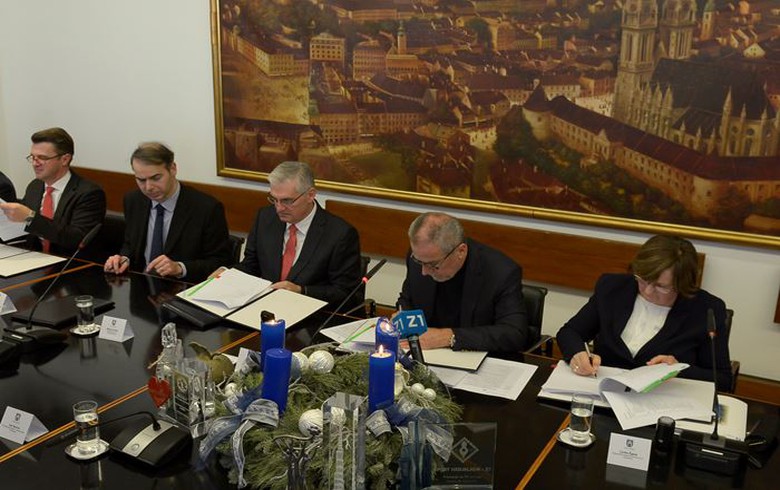 ZAGREB (Croatia), December 18 (SeeNews) - The government of the city of Zagreb said on Wednesday it has signed a 537 million kuna ($80.2 million/72.1 million euro) loan agreement with four banks to finance a gondola construction project.

The Croatian Bank for Reconstruction and Development (HBOR), Zagrebacka Banka, Privredna Banka Zagreb [ZSE:PBZ] and OTP Banka Hrvatska will each provide 25% of the loan amount, the city government said in a press release.

The credit facility has a 15 year repayment deadline and carries an interest rate of up to 2.75%.

The gondola track to Sljeme, the highest peak of the Medvednica mountain north of Zagreb, will be 5,017 metres in length. The gondola will feature 84 cabins for 10 people each and will have a capacity to transport 1,500 people per hour.

The new gondola is expected to be put into operation on May 31 next year.

The old gondola built in 1963 had been in operation until 2007 and had a capacity to carry 500 passengers per hour, the city government said.