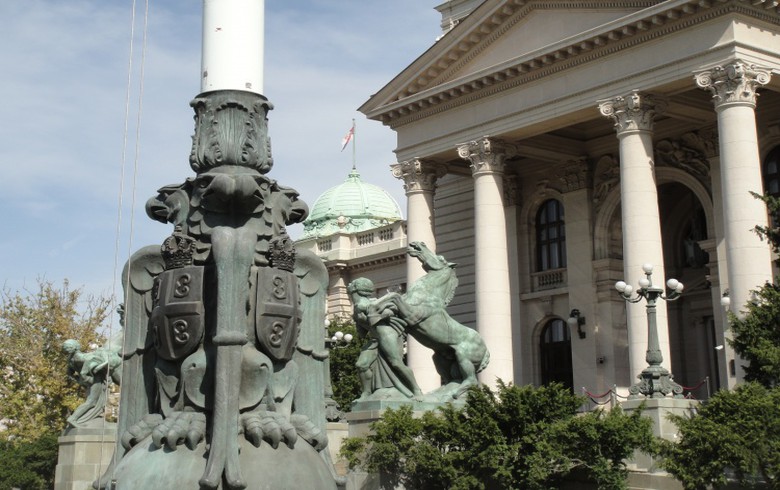 BELGRADE (Serbia), March 31 (SeeNews) - Several days ahead of the early general election in Serbia, the government coalition led by the Serbian Progressive Party (SNS) is supported by around 50% of voters, polls showed.

SNS is backed by 53.6% of voters, while its current coalition partner, the Socialist Party of Serbia (SPS), along with its traditional partner Unified Serbia (JS), enjoys 10.2% support, according to a survey conducted by polling agency Faktor Plus and quoted by the Blic daily on Tuesday.

Regarding opposition parties, the list United for Serbia's Victory comprising the Party of Freedom and Jutice (SSP), People's Party (NS) and Democratic Party (DS) is supported by 13.7% of the respondents, while We Must - a coalition of green parties, has 4.7% support.

According to the results of a survey by the NSPM polling agency, also published on Tuesday, SNS will win 48.1% of the votes, while its partners SPS and JS will be backed by 8.4% of those who intend to vote.

The United for Serbia's Victory list is expected to receive 17.8% of the votes, and We Must will win 7.8%, the NSPM survey showed.

Neither polling agency conducted a survey on the expected outcome of the presidential election, which also will be held on April 3.

A separate survey, published on Monday by The New Third Way polling agency, saw incumbent president Aleksandar Vucic as winning 51.7% of the votes, while the contender, retired army general Zdravko Ponos, was backed by 27.8% of the repondents.