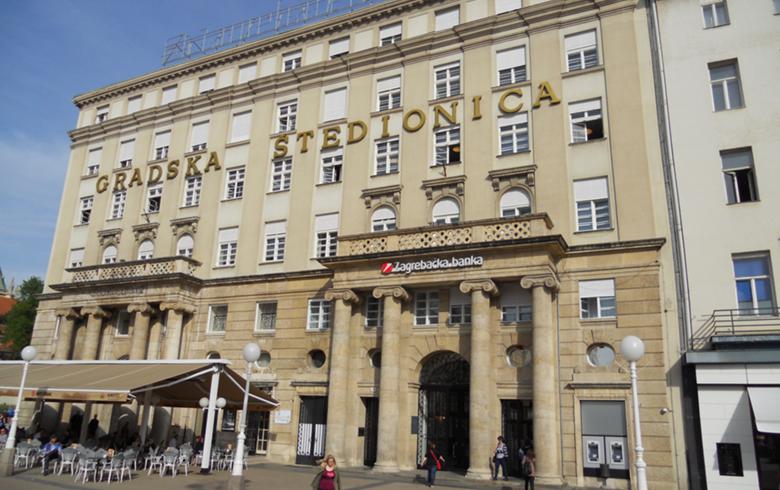 ZAGREB (Croatia), December 23 (SeeNews) - Standard & Poor's said it has revised its outlook on Croatia-based Zagrebacka banka [ZSE:ZABA] to stable from negative, while affirming its 'BB' long-term counterparty credit rating on the bank.

"In our view, operating conditions for Croatian banks are slowly improving, due to expected continued economic recovery and gradual fiscal consolidation", S&P said in a statement.

The ratings agency noted that it has also revised its Banking Industry Country Risk Assessment on Croatia to group '7' from '8', and continues to regard the economic and industry risk trends as stable.

S&P also said in the statement released on Wednesday:

"Recent economic recovery in Croatia--with improved and accelerating gross domestic product growth, tax cuts, and ongoing reduction of households' debt--demonstrates, in our view, signs of improved personal income growth that allow us to project an improved economic environment for the Croatian banking sector. Therefore, we have revised our assessment of economic risk for Croatian banks to '7' from '8' under our Banking Industry Country Risk Assessment (BICRA) methodology (on a scale of 1-10, with '10' indicating the highest risk and '1' indicating the lowest). We continue to view the trend for economic risks in Croatia as stable.

Combined with industry risk of '7', we now classify Croatia in our BICRA group '7', versus '8' previously. This results in an anchor--the starting point for assigning an issuer credit rating--of 'bb', compared to 'bb-' previously.

Due to the higher anchor, we revised upward our assessment of Zaba's stand-alone credit profile (SACP) to 'bb+' from 'bb'. The lower risk weights assigned to banks' domestic exposures led us to revise our assessment of Zaba's capital and earnings to adequate from moderate. This reflects our expectation that Zaba's projected risk-adjusted capital (RAC) ratio will be in the 7.5%-8.0% range in the next 12-24 months (compared with 7.2% as of year-end 2015). This, however, remains neutral to our overall SACP assessment of the banks where we assign an anchor of 'bb-' or higher, in accordance with our criteria.

We continue to see Zaba's business position as strong, being a leader in Croatia in terms of both loan and deposit market shares. Despite stiff competition, Zaba successfully defends its dominant position and has been also able to maintain its solid level of net interest margins.

We assess Zaba's risk position as adequate, despite its credit quality being slightly below the market average. This is, however, somewhat mitigated by the bank's stronger diversification across corporate, public-sector, and retail clients. We continue to assess Zaba's funding as average due to its solid deposit base and diminishing reliance on the parental funding.

We continue to assess Zaba's liquidity as adequate, despite having relatively high liquidity and stable funding ratios compared with banks globally; we see the bank's comparatively large corporate customer deposit base as less sticky compared with retail segment of individuals.

We cap our rating on Zaba at the level of our rating on Croatia (BB/Stable/B), since we do not believe the bank would be able to survive a hypothetical stress test of its sovereign's default. We continue to see Zaba as a strategically important subsidiary for the UniCredit group, however, this currently does not influence our rating on Zaba.

The outlook revision on Zaba follows a similar rating action on the Republic of Croatia (see "Croatia Outlook Revised To Stable On Stronger Growth And Reduced Fiscal Pressure; 'BB/B' Ratings Affirmed," published Dec. 16, 2016, on RatingsDirect) and our view of improving operating conditions in Croatia. A vast majority of the Zaba's exposure refers to the customers based in its home country and one-third of its total portfolio relates directly to the Croatian government.

The stable outlook on Zaba reflects our expectation that the economic recovery in Croatia will maintain its momentum over the next year and that Zaba will defend its position as market leader, without loosening its underwriting standards. This would mean avoiding any excessive risks or increasing concentration risks, especially in the corporate sector.

We could take a negative rating action on the bank if its profitability and earnings buffer remained below peers', its market share started to fall, resulting in a weaker business position, and if, at the same time, we observed a higher risk appetite at Zaba than peers, especially if this resulted in us lowering our RAC expectations.